A new poster of M. S. Dhoni – The untold story was released by the makers. Starring Sushant Singh Rajput as the iconic M. S. Dhoni, the poster showcases the actor in a full-blown cricketing avatar. Adopting the batting stance of M. S. Dhoni to the T, Sushant sure has worked hard to fit the bill of this cricketing legend! 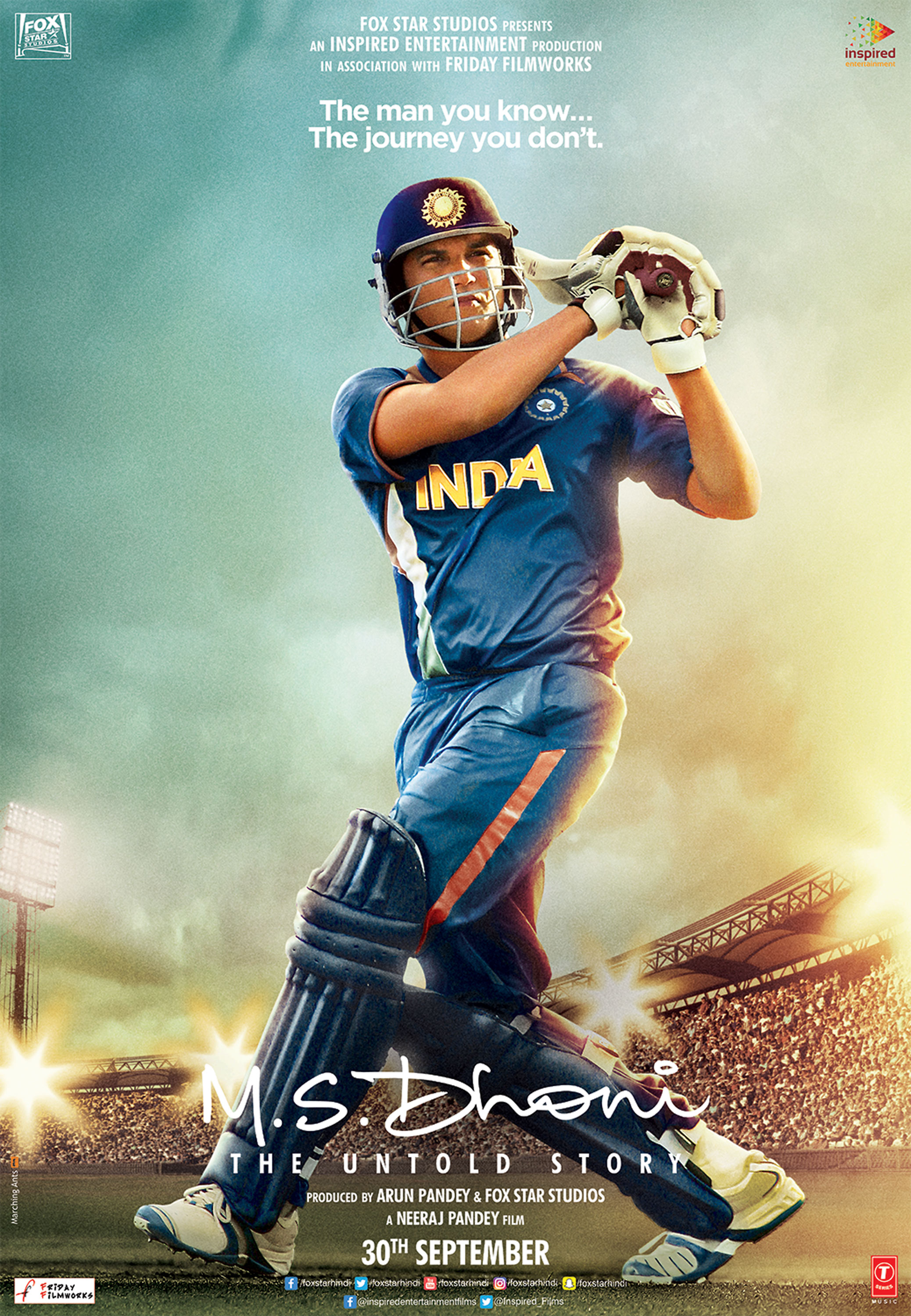 We can’t wait to see this untold story unfold on the silver screen!