Writer, Director and Actor, Anandeshwar Dwivedi is widely recognized for his character Leo with a double LL in TVF originals super hit web series – Permanent Roommates. But you may have caught him in action in TVF’s hilarious web-sketch titled Bhai Ho! in which Dwivedi plays Bollywood’s one-and-only bad boy and strongman Salman Khan. The skits are a part of an hilarious spoof series called The Making of… which ridicules everything that’s wrong about Bollywood, including, in this particular case, its obsession with Rs 200-crore mega-blockbusters. 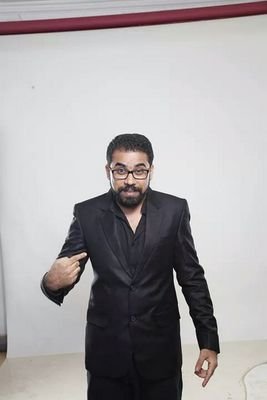 His inspiration for acting are film icons, Marlin Brando in Godfather 1 and Raghuveer in Salaam Bombay. He was keen to get into FTII, but destiny landed him on the “island of TVF,” where he acts, directs and writes web series. TVF is his film school.

“TVF helped me channel my anger and wild energy into content,”

But his first encounter as Creative Director were Breaking Good, Non-Veg Qtiyapa with Superwoman, Jungle Raaj, Tables Day ,The Making of… Episode 5 and as Associate Director of –Anti social, The Making of…Episode 3.
The acting keeda as he puts it, were discovered and encouraged by both TVF Founder & Chief Experiment Officer (CEO), Arunabh Kumar and Biswapati Sarkar, Creative Director, TVF and Writer, Permanent Roommates TVF writer. This eventually landed him as actor in some of the leading videos — in Emotional Atyacharge, Bhai Ho – The Making of …1,2,3 , Spaceship of Pretentious, Permanent Roommates Season 1.

He is currently busy with projects with Anant Singh with whom he did Jungle Raaj, The Making of… 5 and Tere Naina Hai Alqaida, directed by Amit Golani, a soon to be aired web series for TVF Originals–Drama.