A huge star in Punjab and a new star in the reckoning come together for the funniest rom com this season. Second Hand Husband marks the Hindi film debut of the ‘Desi Rockstar’ from Punjab, Gippy Grewal, and also is a launchpad for Govinda’s daughter, Tina Ahuja. A quirky family comedy about marriages, divorces and everything in the middle, the movie also stars Dharmendra, Rati Agnihotri, Ravi Kishan, Geeta Basra, Sanjay Mishra and Vijay Raaz.

The trailer of the film was launched today with much fanfare with the cast in attendance. Before the launch, Gippy and Tina touched veteran superstar (and their co-star) Dharmendra’s feet and sought his blessings. Dharmendra, who plays a flirtatious yet loveable character in the film regaled everyone with his shayari (poetry) and his tongue in cheek one liners. The trailer launch also saw other celebrities who came in to support the film. Govinda walked in with daughter Tina and was extremely emotional to see the trailer. Kapil Sharma also attended the trailer launch to support his good friend Gippy’s Hindi film debut.

All eyes will be on Gippy, the superstar of Punjabi cinema, whose films have not only broken records in India but have also become blockbusters in international markets like the US, Canada, London and Australia. His singing skills are no less popular and Hindi movie buffs will remember his Angrezi Beat from the film, Cocktail. Says Gippy,

” I’m very excited about Second Hand Husband. I feel very blessed to have received the love and support of my fans for my Punjabi films and music. I hope it keeps growing as I make my debut in Hindi films.” 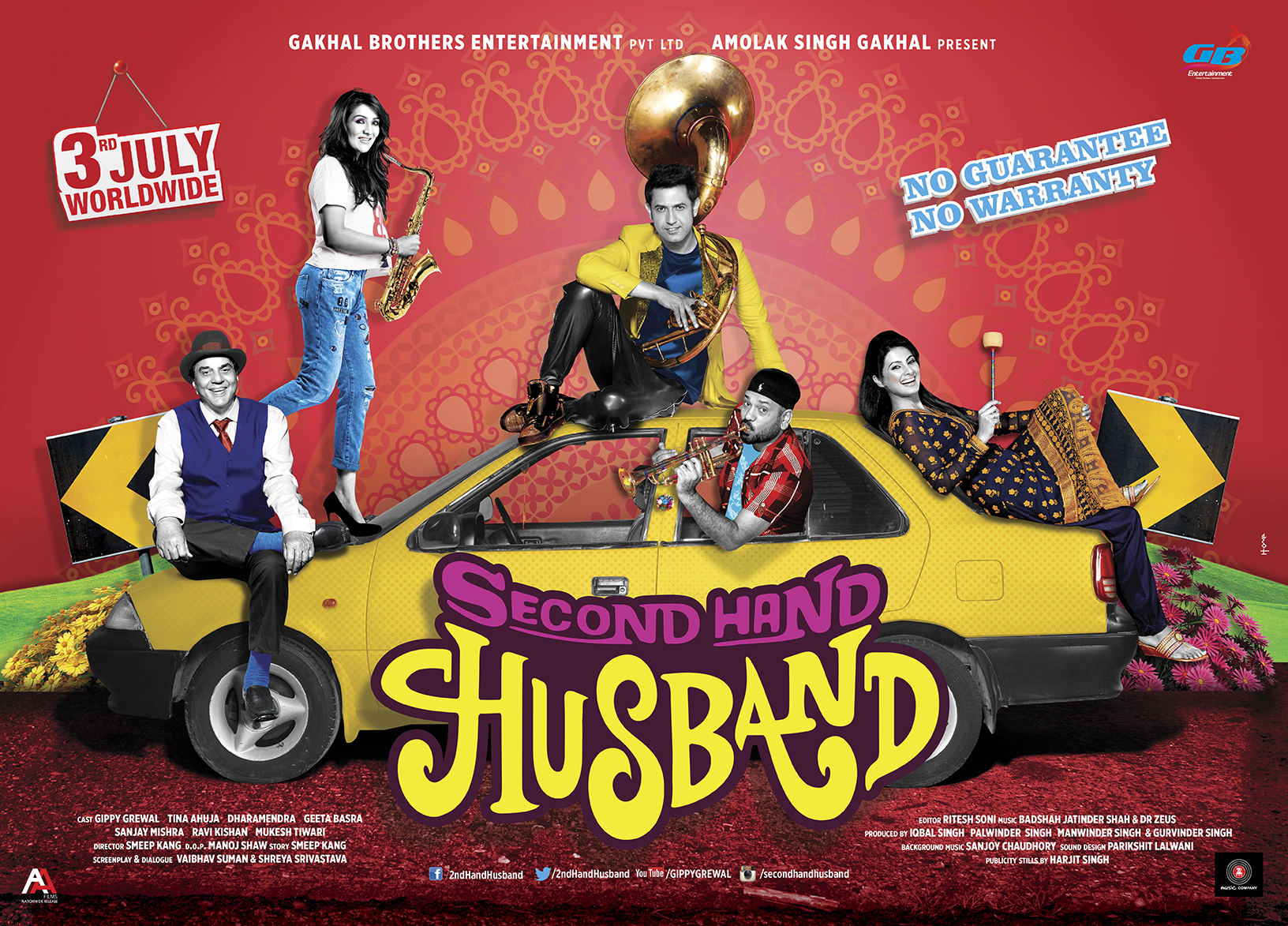 “Like any newcomer, I am both excited and nervous as my film comes to release. I’m aware that there will be a lot of comparisons with my father but I just hope audiences like me for who I am,” says Tina.

“Our film is a fun story with a fresh pairing. I am sure everyone will love the chemistry between our very talented lead actors.”