The persona of villains has evolved in the last ten years. If I had to pick and choose my favorite villain from today, I would have to pick the romantic-comedy actor, Ritesh Deshmuk in the film, Ek Villain. But if we rewind back in time, one of the most iconic grey-chartered villain from the 80’s and 90’s is, Shakti Kapoor. 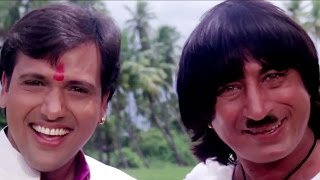 Shakti Kapoor, one of Bollywood’s rare villains of all time is coming back to the big screen in Surkh Wala Love directed by Manoj Agarwal, who has also directed Kapoor in films like, Waah! Tera Kya Kehna, Pardesi Babu & Hadh Kardi Aapne.

Back in the 80’s and 90’s Kapoor fused with senior actor, Kader Khan as a villain-duo in over a hundred films. The difference though, between Shakti Kapoor and other villains is that he always had a comic flare to his villainous performance. In 1993 Shakti Kapoor was well established in the film industry as B-towns favorite on-screen villain, especially in K. Raghavendra Rao’s, Himmatwala  and Subash Ghai’s, Hero. Some other memorable roles he has played, Mangal Anand in the 1982 film, Satte Pe Satta as one of the seven brothers. In Salman Khan and Sanjay Dutt’s famous 2000 film, Chal Mere Bhai, he plays a comic role as Karishma Kapoor’s uncle.

Now Shakti Kapoor is bringing a different flavor to his role, according to our sources, he plays a headstrong teacher and a strict disciplinarian in the upcoming movie, Surkh Wala Love. The actor will be seen in a pivotal role in the film, playing father to model and actress, Modalsa Sharma, last seen in Samrat. & Co.

Lately we have seen his daughter, Shraddha Kapoor in to consecutive successful Mohit Suri films, Aashiqui 2 and Ek Villain. The actress is slowly growing and expanding her horizons in singing as well.  I am truly excited to see the talented entertainer bring something and return back onto the big-screen.