Jenny Johal launched her singing career this year with her debut track “Yaari Jatti Di” that topped the charts across the world making her one of the most anticipated acts of 2015. Jenny is now back with her single “Narma” written and conceived by Bunty Bains Productions. Jenny recently topped her Guru Nanak Dev University a few weeks back in MA Music Vocals and was honoured by the Governor of Punjab as an outstanding student. This beauty, brains and talent is set for a bright year ahead with several releases lined up back to back. 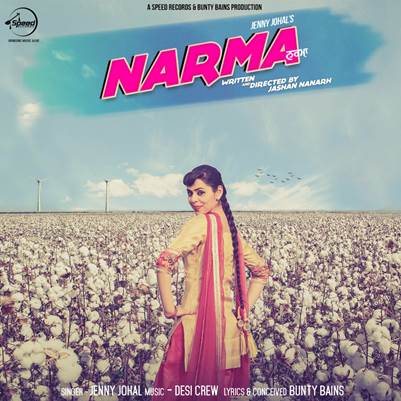 Managed by Punjab’s most wanted lyricists and Music Managers Bunty Bains, Jenny’s second song “Narma” is a fun bhangra track with a romantic video shot around Chandigarh. Music produced by Desi Crew who are currently topping charts across India with back to back hits. Keep it locked for more updates on Bunty Bains, Desi Crew and of course the lovely Jenny Johal!