One by one, Bollywood stars are making their place in the renown Madame Tussauds Wax Museum, the latest of which is the lovely actress, Katrina Kaif! Not too long ago we heard that the actress was called upon for measurements and details for the wax figure to be built in her likeness now the final product has been revealed!

The Bang Bang star will join the likes of Madhuri Dixit-Nene, Amitabh Bachchan, Shah Rukh Khan, Aishwariya Rai Bachchan, Kareena Kapoor Khan and more at Madame Tussauds!  The actress who blew onto the Bollywood scene as Salman Khan’s girlfriend and co-star in Maine Pyaar Kyon Kiya? has created a solid fan following on her own. Born in Hong Kong, her family moved quite a bit before settling in India where she began a modeling career which turned into a mind-blowing acting career. 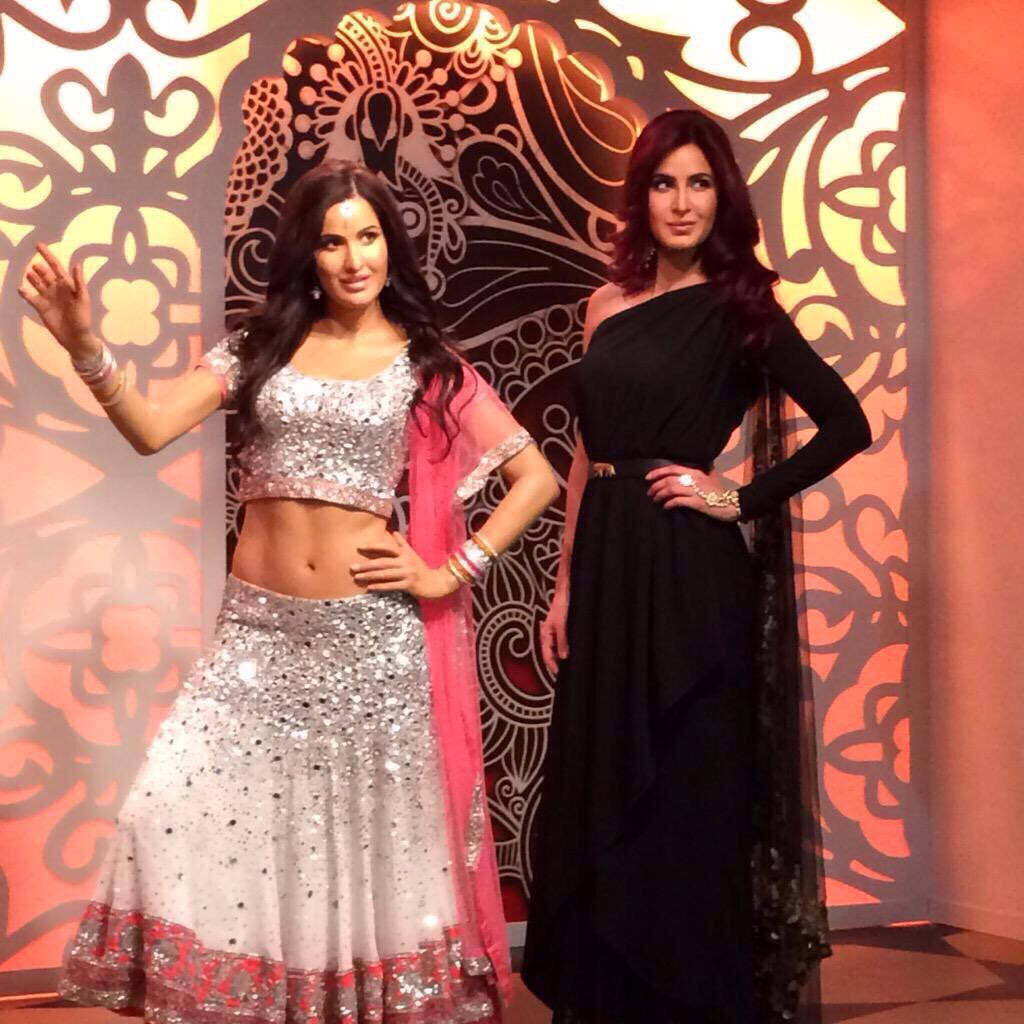 The down to earth star is loved by all no matter what avatar she takes on! Whether she plays the sexy item girl in “Sheila Ki Jawaani” or “Chikni Chameli,” the action star in Bang Bang and Ek Tha Tiger, the romantic ditz in Ajab Prem Ki Ghazab Kahaani, the tough politician in Rajneeti or the strong and relate-able character of Laila in Zindagi Na Milegi Dobara, fans have loved her! It’s no surprise that fans actually voted her in, just like they did Amitabh Bachchan in 2000. The wax figure of Katrina Kaif is seen in a dance pose, wearing a designer lengha in pink and white. Katrina Kaif actually donated the outfit and jewelry her wax figure is wearing. Doesn’t it look stunning!

Katrina looked stunning at the launch event in a black gown. The launch of her wax figure was to make the 15 year relationship Madame Tussauds has with Bollywood. She is the seventh Bollywood star to join Madame Tussauds Bollywood collection. We hear that Katrina Kaif’s siblings were also at the event that launched her wax figure as well! They actually saw it before Katrina herself! If you happen to be in London, definitely meet up with Katrina Kaif! Her wax figure at least.