Gabbar is back and he is ready to take on the world! After releasing numerous mystery-filled teasers and action packed power shots featuring everyone’s favorite action hero, Akshay Kumar, the team is ready to drop two new posters! 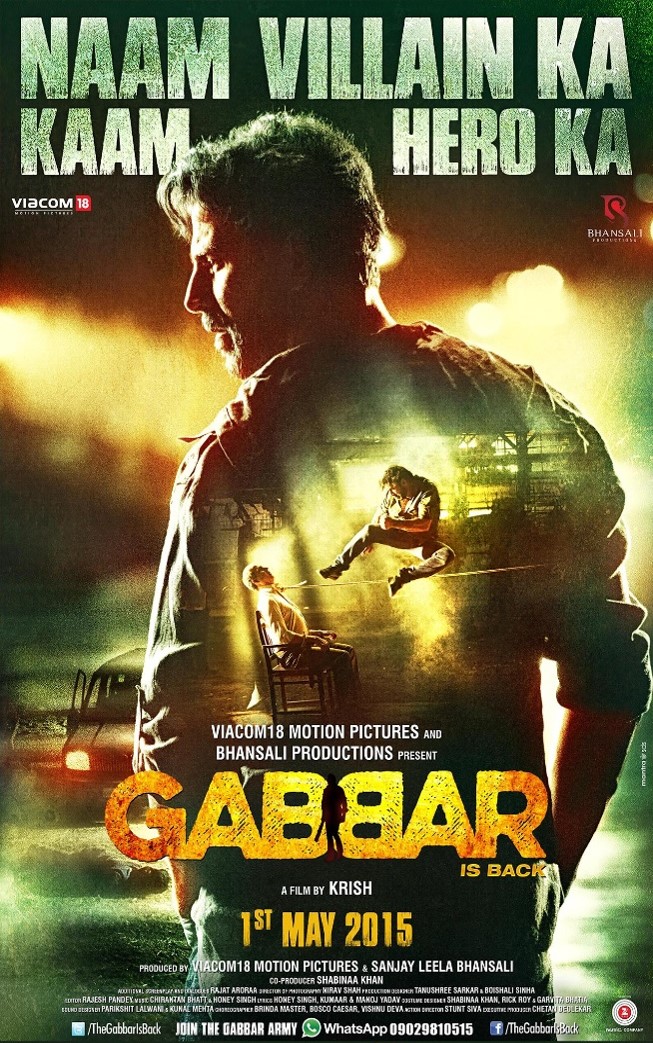 These posters are no less thrilling than the teasers and trailer! Revisiting the face of fear with Bollywood’s most intimidating villain – Gabbar Singh and his famous dialogues, a 360 degree promotional drive was launched to touch the daily lives of the aam junta. For the first time ever, a film was promoted by using unconventional mediums that directly reach out to the aam aadmi like LPG cylinders, dabbawalas, public transport and local hangouts like chai stalls and pan shops. This camping thrived on reaching out to the masses and each branding element was customized and integrated with witty Gabbar Singh dialogues like at a Chai Stall – the copy readsChai Piyo, Chai Paani Nahi or at a petrol pump where the messaging is Corruption Gaya Tel Lene. Social media was set buzzing with interesting memes, contests and 4 motion teasers with the first teaser alone garnering over 5 lakh views on day 1 on YouTube. Grossing a phenomenal 1 Million touch points across 15 cities pan India, this teaser piqued curiosity across the nation. Asking all his fans to join this fight, Akshay Kumar said,

“Gabbar is an iconic villain in the Indian film industry. I am extremely honored to have been able to play his namesake in “Gabbar is Back”. In our film ,Gabbar is the personification of a thought that  represents the power of the common man. I wanted this thought to reach the aam aadmi across India. I want to thank the millions of people who have responded to the campaign and we hope to have many more join Gabbar’s fight against corruption with this film.”’

Bad really will be the new good this summer as Viacom18 Motion Pictures and Sanjay Leela Bhansali reunite for their multi-starrer action thriller, Gabbar is Back. 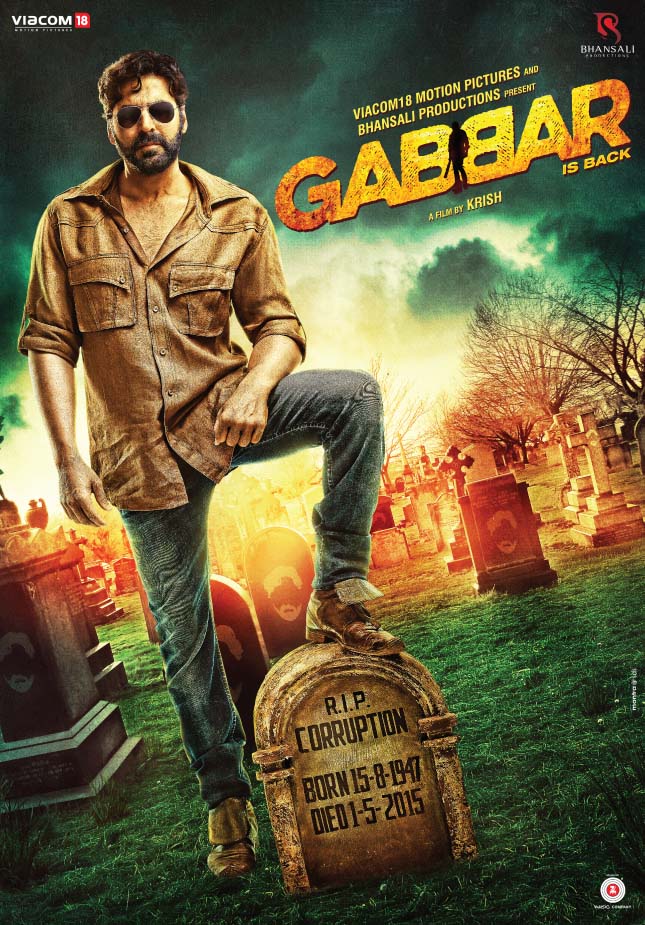 Directed by Krish, the film is slated for release on May 1st, 2015 with the action maestro ─ Akshay Kumar in the lead. Shruti Hassan, Sunil Grover and Suman Talwar essay pivotal roles in this movie along with a special guest appearance by Kareena Kapoor Khan. Keep it locked for more updates!