Newly launched Mumbai based duo The Acoustic Girls have put up a special medley covering some of AR Rahman’s best songs for his birthday which takes place on January 6th. Check out their video!

Consisting of Amanda Sodhi (vocals, percussion) and Malvika Sirur Hemmady (guitar, keyboard, backing vocals), The Acoustic Girls launched in mid-December 2014. “Two girls and a love for chilled out music”–that’s how the duo summarizes their project.

“We really look up to AR Rahman and are huge fans of his compositions,” said Amanda. “We thought we’d thank him for being a huge source of inspiration through this medley,” added Malvika.

Amanda previously fronted the pop-rock band The Chudail and Demons, and has lent her voice to an English bluesy number in Manish Pandya’s upcoming film Boom Boom Waale. She is also directing a feature-length documentary about the indie music scene in India called Attention Please and recently joined Wishberry as Head of PR & Partnerships. 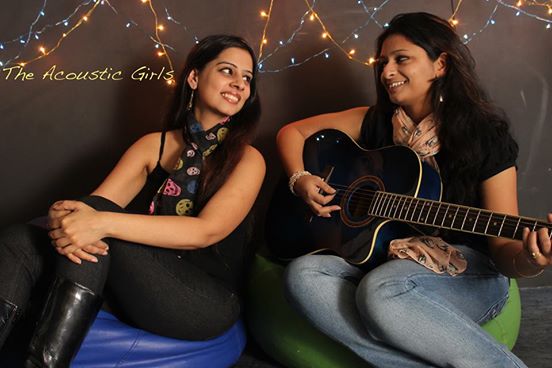 Malvika has taught at various institutes including at Maithili’s Institute of Performing Arts and Lokmanya Institute. She was a previously part of the band Shakin Pulse in 2012. For more information about The Acoustic Girls visit their Facebook page: https://www.facebook.com/theacousticgirls