India is a diverse country which possesses a varied cultural heritage. A lot of this can be attributed to its glorious history and generations of citizens who have passed on this legacy. However, as citizens of modern India, how much do we really know about our country? Ashvin Gidwani Productions’ Stand-Up play by Vir Das on the ‘History of India’, lists ten facts about Indian history that will blow your mind!

1. Language: It’s a well known fact that Sanskrit is considered to be the mother of all higher languages. But the fact that out of all the languages in the world, Sanskrit is the only and most suitable language for computer software is not something many might be aware of. It’s the most precise language containing a perfect syntax appropriate for a computer programming language. Apart from the report published by the Forbes magazine, in July 1987 it’s a claim that even NASA supports.

2. Medicine: Ayurveda and Siddha, the earliest schools of medicine known to mankind, originated in India. Charaka, who is known as the Father of Medicine, was an Indian who consolidated Ayurveda around 2,500 years ago. It still remains one of the country’s traditional health care systems. 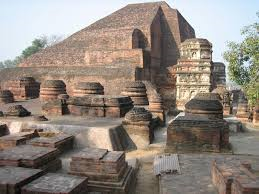 3. University/Education: The world’s first university was established in Takshila in 700 BC. More than 10,500 students from all over the world studied more than 60 subjects at this university. The University of Nalanda built in the 4th century was one of the greatest achievements of ancient India in the field of education.
4. Mathematics: Most of us are aware that the concept of zero was invented by the Indian mathematician Aryabhatta. What isn’t known, however, is that Algebra, Trigonometry and Calculus also originated in India. Quadratic Equations were used by Sridharacharya in the 11th century. The largest numbers the Greeks and the Romans used were 106 whereas Indians used numbers as big as 10*53 (i.e. 10 to the power of 53) with specific names as early as 5000 B.C.during the Vedic period.Even today, the largest used number is Terra: 10*12(10 to the power of 12). 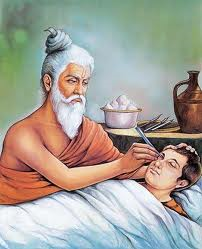 5. Surgery: The ancient Indian physician Sushruta was the world’s first person to perform cataract and plastic surgery. These surgeries dated back to 2000B.C., and his works were later translated to Arabic and gradually passed on to European countries. People from far off countries came to India to seek treatment from Sushruta.

6. Astrology: The correct time taken by the earth to revolve around the sun was calculated by the famous Indian astronomer Bhaskaracharya. His calculation showed that the earth takes around 365.258756484 days to go around the sun once.

7. Navigation: As many as 6000 years back, the art of navigation was developed in the River Indus, which was known as Sindh then. In fact, the word ‘navigation’ is a derivation of the Sanskrit word, ‘Navgatih’. 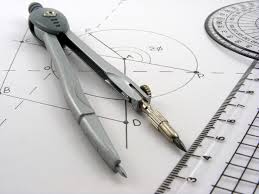 8. Geometry: The importance of the value of Pi and the famous theorem proposed by Pythagoras is highly popular among most geometry students and professors all over the world. However Budhayana, had already discovered this in India at around the 6th century long before the European mathematicians.

9. Dams: The concept of constructing dams to stop the flow of a river and creating a reservoir for various purposes like agriculture and production of hydroelectric power is the most commonly adapted innovation of today’s modern world. However the earliest reservoir and dam for irrigation was built first in India at Saurashtra during the reign of Emperor Chandragupta Maurya around 150 BC . According to Saka King, Rudradaman I, the beautiful lake was aptly called ‘Sudarshana’ and constructed on the hills of Raivataka. 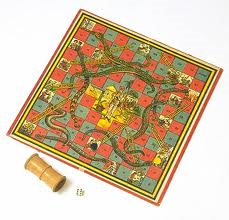 10. Games: The famous game of Snakes and Ladders is highly popular among children of today’s time. It was originally called as Mokshapat and was created by the Indian poet saint named Gyandev in the 13th century. The game had a significant meaning since the snakes stood for vices, while the ladders represented good virtues. The essence of the game was that the ladders or good virtues take people to heaven while snakes or vices take people to a cycle of re-births.

Learn something new today? Let us know which fun fact was your favorite!