Publicist Raju Kariya ruled the Bollywood PR market in the mid-nineties and two-thousands, much before PR guru Dale Bhagwagar made his foray into the industry. But recently, when Raju was accused of having ‘staged’ his own death, Dale was not amused.

Instead, when Raju invited Dale to his Press party this week, Dale cheekily gifted him a pack of ‘baby diapers’, congratulating the former on his ‘rebirth’. “Naya janam mubarak,” he wrote on the pack of diapers. 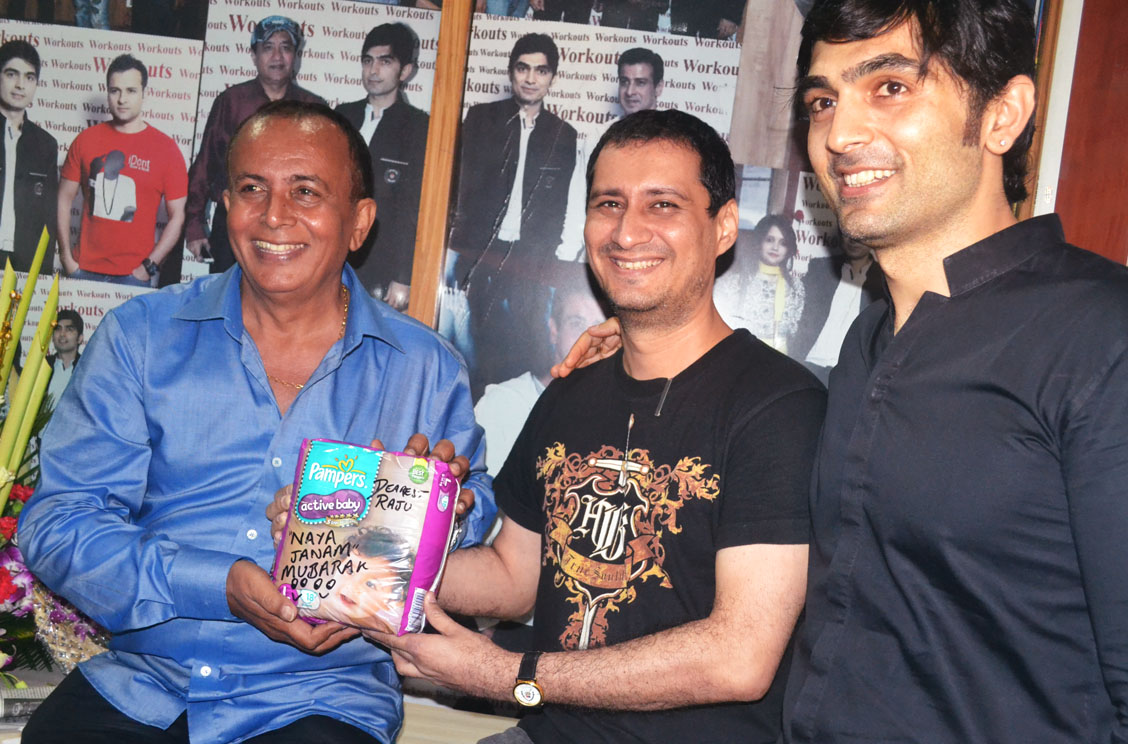 Following a rumour two months ago, Raju was declared “dead” by many on social media. Hundreds from the Press wrote ‘RIP’ and ‘condolence’ messages for him on Facebook, Twitter, Google Plus, SMS, BBM and WhatsApp; mourning Raju’s ‘demise’. But Dale Bhagwagar refrained from joining all the mourning.

“Give me a hundred percent confirmation first, not hearsay,” he had posted on his social media then.

On learning that he is alive, Dale posted,

“I have followed Raju from the time I came to Mumbai two decades ago. He is a diabolical genius and a trendsetter who has wielded influence and PR power, at times with devastating effects.”

“He is a master of his craft and I have marked his moves closely and adopted many of his great manipulative PR tactics (ignoring the bad ones) by remodeling them for my work. In that sense, without any direct teaching, he is like a PR guru to me. I understand how his PR mind functions; not that I agree with all of it.”

The rest of the media should have indeed followed Dale’s policy of a thorough confirmation of the rumours before jumping to post condolence messages on social media. Now Raju Kariya is back from the dead! He has resurfaced in Mumbai after two months, claiming that he had suffered from brain hammoerage.

At the Press party organized by his entrepreneur friend Bakul Rajput of the swanky health club Workouts, Raju told the media that while he was in the ICU at a hospital outside Mumbai, a lady had stolen his mobile phone and because of a confusion, pronounced him “dead’ to some callers; telling them he expired from a heart attack and that even his last rights were over.

Now back with renewed vigour, Raju along with his friend Bakul, is planning to launch a new firm dealing in public relations as well as film production.