The UK’s favourite cuisine will once again be celebrated at the milestone, tenth-anniversary British Curry Awards on Monday 1st December 2014. The industry at large, foodies, celebrities, MP’s and dignitaries will collectively pay homage to the nation’s finest curry restaurants at one of the most lauded events of the UK hospitality sector, taking place at Battersea Evolution, London.

As well as being a lucrative mainstay of the economy, the industry has embedded itself in the social, cultural and culinary fabric of the UK, with approximately 25million curries being consumed each week. As a result, British Curry Awards, which this year celebrates its tenth anniversary, has become a key fixture on the UK social calendar, celebrating the achievements of the nation’s most popular culinary genre. In speaking previously at British Curry Awards about the gastronomical phenomenon that is the British Curry, Heston Blumenthal commented,

“I went to India a few years ago to make a progamme about chicken tikka masala. What I found was that dishes from over here that people would perhaps say are not authentic are now being copied over there.”

A pioneer in the UK catering and hospitality sector, British Curry Awards has been lauded as a national institution in its own right – the first and landmark event to celebrate the industry’s achievements. The event is eagerly anticipated annually by the industry and restaurateurs alike, with winning restaurants realizing lifetime dreams through being awarded. As Prime Minister David Cameron said at the event last year, “These awards have become a fixture in our national life. They are, as I put it, the Oscars of British Curry. I’d like to say a big thank you to all of you who work in this great industry – 10,000 restaurants up and down our country, three and a half billion pounds worth of turnover, two and half million customers every week. I reckon that is about 31 million chutney trays, 62 million naan breads, 160 million poppadoms. As we say in Westminster, a light lunch!

Everything this industry does, everything we’re celebrating tonight, comes back to one thing, its values. As prime minister you get to go to quite a few industry dinners but there aren’t many where you feel quite as much pride as at this one. So from the bottom of my heart let me say thank you for everything you give to our country.” 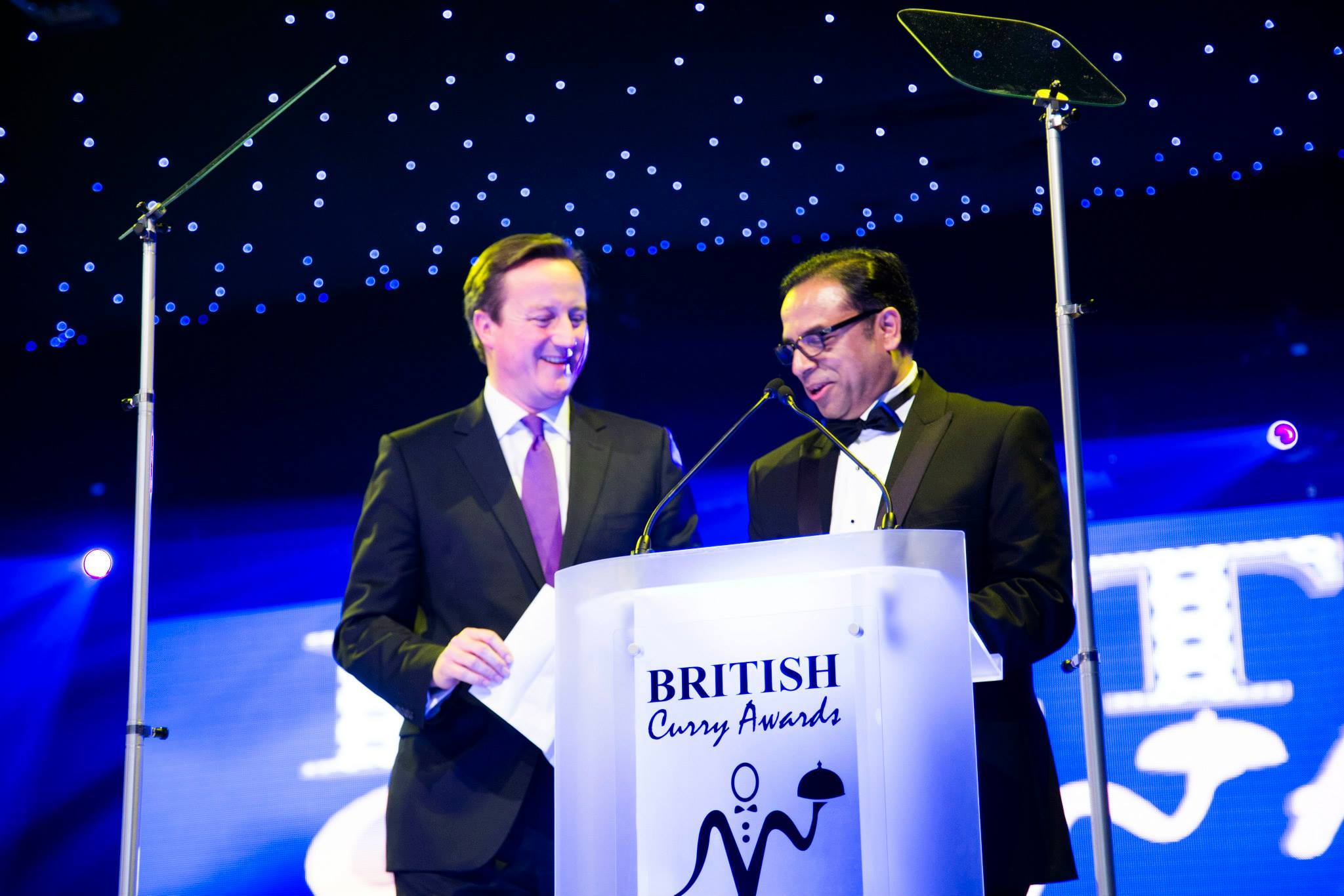 Event Director and Producer, Justine Ali says, “Marking our 10th anniversary, we have some great surprises lined up once again with some household names and great entertainment. It’s going to be a night to remember.”