Rani Mukerji was invited by the Yerwada Central Prison officers and staff to launch ‘Radio YCP’ and ‘Maka’. Radio YCP is a ‘radio like facility’ for the prisoner where an hour of entertainment is provided with a prisoner playing the role of Radio jockey. Maharashtra Prison Department with the help of commercial artist Mrs. Falguni Gogkhale have developed a brand ‘Maka’ for the products manufactured by the prisoners.

The team then proceeded with Mr.Desai (Jail Superintendent) to the barracks and prison cells where our freedom fighters were lodged during the independence movement. Rani Mukerji also toured the female jail of Yerwada Central Prison .She was very touched when during an informal talk with the female prisoners, all of them said they’ve watched her films and one of the prisoners gifted her a crochet jacket. 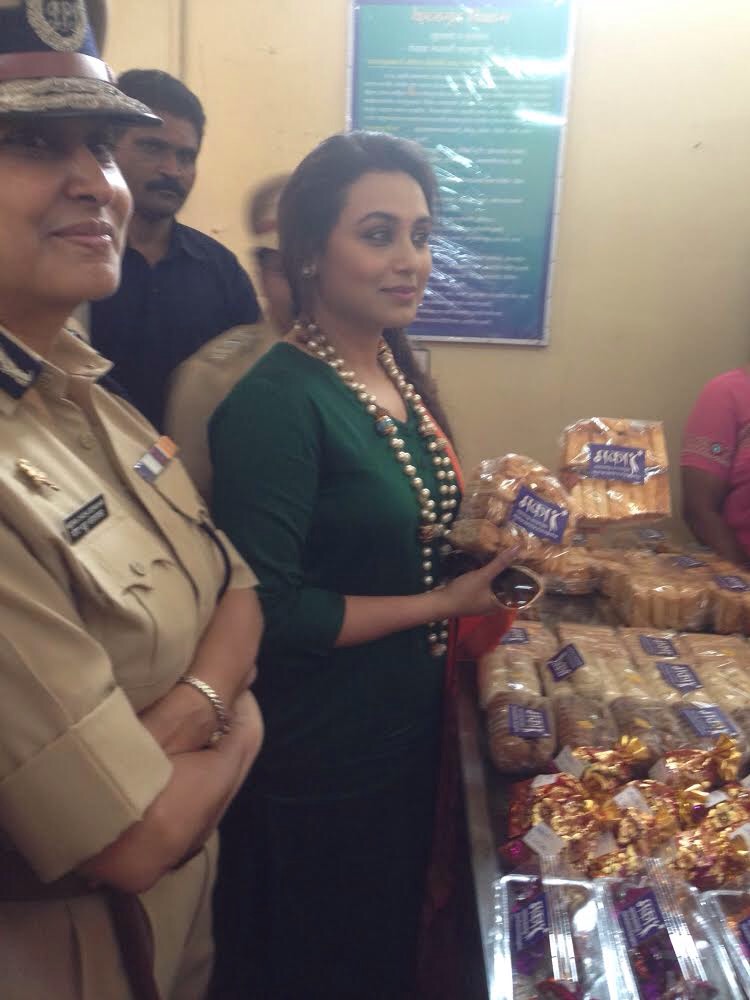 As a token of her appreciation, Rani also donated an ECG machine for the infirmary.

After the unveiling of the “Maka” Maharashtra Karagriha brand which will give recognition to the products made by prisoners and also acknowledge the efforts of Maharashtra Prison Department, she shopped for some Bakery Products to take back home which were made by the prisoners.

‘It was a very humbling experience to visit the historic Yerwada prison where our freedom fighters like Gandhiji, Motilal Nehru, Sardar Patel and many others were lodged during the independence movement . I felt privileged to have gone to the cells where they spent many years of their life. Also, I’d like to thank Meeran for inviting me to launch the brand ‘Maka’, which comprises of a slew of products made by the prison inmates. It’s a great initiative aimed at their vocational training and also to keep them in a positive frame of mind.’

“By coming to Yerwada prison and inaugurating the first radio station in the prison , launching the brand name for the prison products and donating an ECG machine for the women prisoners , Ms.Rani Mukerji has proved that her commitment towards the cause of women and the rehabilitation of prisoners is much deeper than the mere portrayal of a cop in Mardaani.Officers and staff of Maharashtra prison were extremely impressed by her commitment . Women prisoners could deeply feel her commitment towards the cause of women”.