After ‘Waiting for Baby’ trending on Twitter, Baby seems to be the most talked about movie on the social platform, now that #BabySizzle is the trending topic on Twitter today in India. The teaser that just got launched, went viral within just hours of release.

Seeing the excitement for the launch of the trailer by fans, Akshay Kumar himself tweeted the teaser of his next release. The teaser shows an action packed sequence from the movie and a close up glimpse of Akshay Kumar and director Neeraj Pandey towards the end. 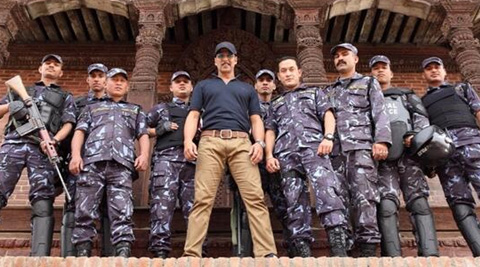 Followed by #BabySizzle, the theatrical release date also started trending i.e. ‘3rd December’. The entire industry and Akshay’s huge fan following seem to be talking only about how the Baby teaser is in top 10 twitter trends in India.