From Hot to Cold, stars are able to take shoots in any temperature! We don’t know how they do it but after doing many films one would get used to it! Superstar Akshay Kumar, known for his physical strength and action prowess recently shot a large action portion for his upcoming film, BABY, under probably one of the toughest conditions ever to be encountered for a film’s production – the extreme heat of the Abu Dhabi desert.

The Neeraj Pandey directed film had already shot in Kathmandu and Istanbul but what the unit encountered in Abu Dhabi was severe – burning sand dunes, hard heat winds and a temperature hovering in the fifties! While a large part of the unit was struggling to keep up with this tough terrain, one man seemed to behave like he was on a walk in the park – Akshay Kumar! Always known to enjoy tough schedules and outdoor action, Akshay was at his best even as others seemed ready to melt. 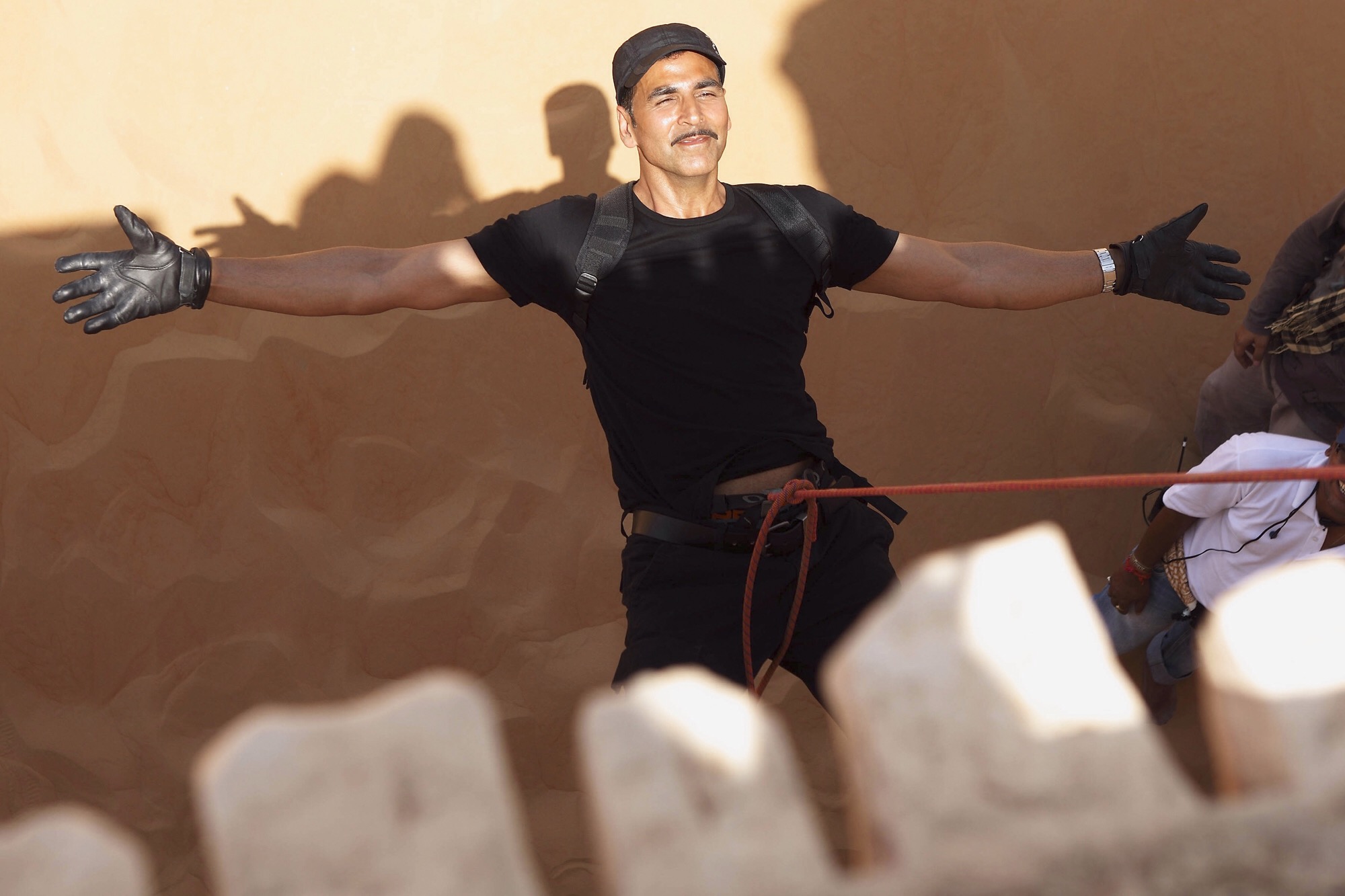 Backed by the energy and skill of the famous Cyril Raffaelli (action director) and the determination of Neeraj, Akshay made this test of endurance seem like fun!

A source from the production unit said, “It was extremely hot throughout the Abu Dhabi schedule and for a couple of days, the heat peaked to 51 degrees Celsius. Add to that the fact that our shoot involved outdoor action and the conditions were really tough. We were all constantly running for shade and pouring water over our heads. However, seeing Akshay sir it felt like he was unaffected and that it was a moderate temperature. He also lifted the morale of the unit and made everyone give their best. The man is made of another metal!!”

When quizzed Akshay about it he said,

“We have shot for ‘BABY’ far and wide, from the wet & cold hilltops of Nepal, to the hectic and busy streets of Instanbul & Delhi. But it was the scorching heat of the Abu Dhabi desert that really took it’s toll on the team. We started setting up for our action portions before the sun would even rise in the hope of surviving a full day without severe dehydration kicking in. I’m never one to struggle in the heat, for I love the warmth in my bones, but even these conditions tested my endurance and strength to the fullest. The film’s crew had the toughest time, for I’m at least handed an umbrella every now & then, but hats off to the ‘Neeraj Pandey’s team., the team behaved like war troopers who kept pushing themselves to give the best under a hyperactive action choreographer who never seemed to get tired! Working with Cyril –( one of Hollywood’s top actor directors) was an experience I will never forget. Nothing seems impossible for him and the team and I bounced off on his energy and enthusiasm to get the job done twice as fast. Once back in the milder city climes, I actually got withdrawal symptoms as I enjoyed myself that much. Starting off at the crack of dawn, an entire palace to ourselves, making the most of every minute and pushing ourselves to mental and physical limits, I have to admit, this was one of the most grueling yet memorable shoots of my life!”

We also asked Producer Bhushan Kumar about it, he said “It was commendable for Akshay and the entire team to shoot in the scorching heat of 51 degrees in Abu Dhabi. Not even once the shoot was cancelled or postponed”

Well, we must say Akshay Kumar is definitely a true action hero!