Garners over 6 lakh views in less than 5 days and the views are just climbing up the wall! The adrenaline-filled trailer of the Harman Baweja and Sunny Deol starrer ‘Dishkiyaoon’, has received a whopping +6,50,000 views, in less than five days of going live on YouTube! The power of the net has been buzzing and it’s the trailer for this film which has done well through the online media world!

The high-octane trailer, which gives an insight into the characters of the film, shows Harman Baweja, at his bad-boy best, with a chiseled physique and an intense character. The trailer, which first released exclusively on Eros Now, recently went live on YouTube. It has been receiving positive comments from viewers, showing their anticipation and enthusiasm regarding the film’s release. Less than a week old on the digital platform, the movie has already garnered a massive fan-base with its powerful action-packed trailer. 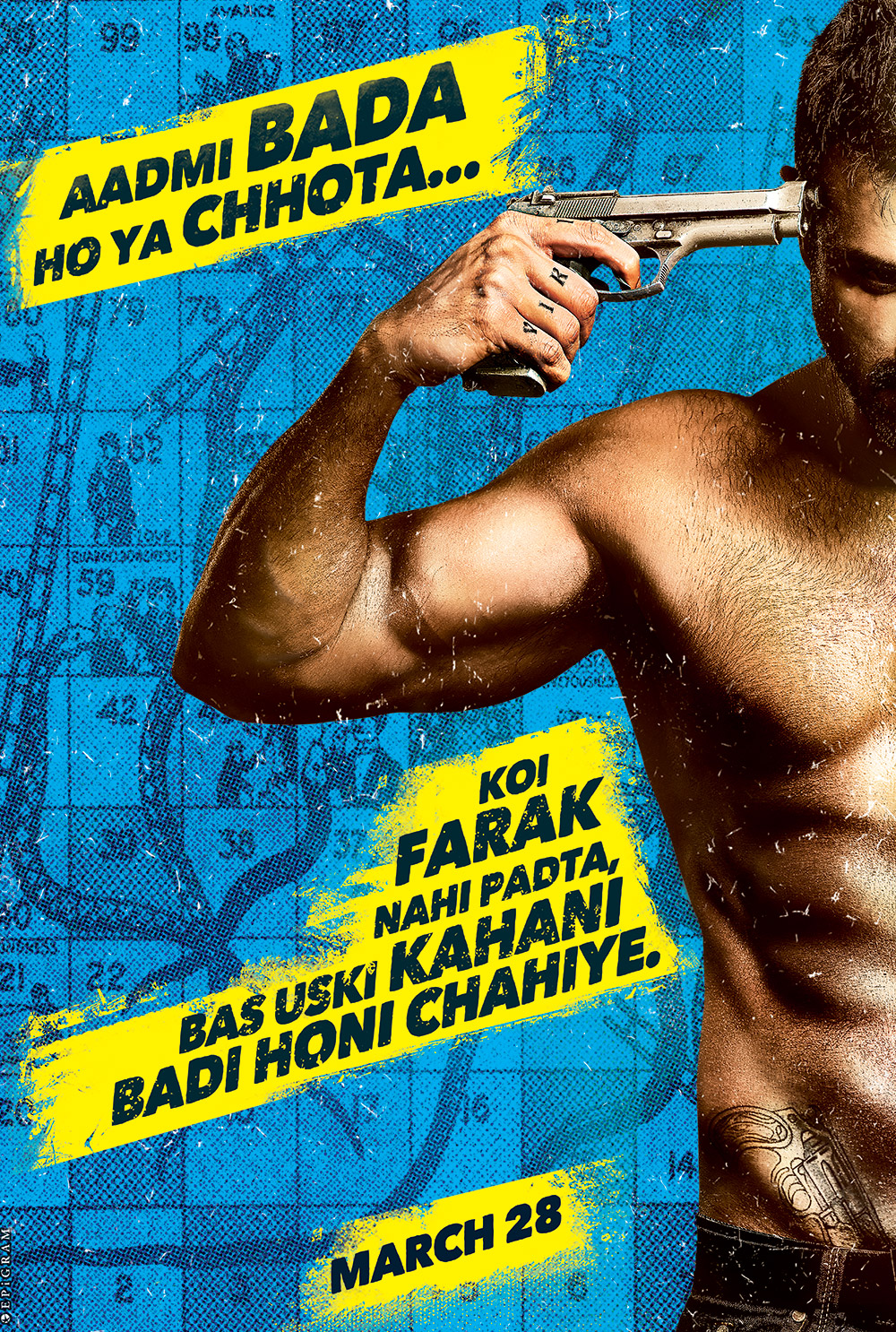 Born in the upper middle class society, Viki had no mother and his father had no time for him. The cold loneliness of Viki’s world left him weak and tainted from within. Absence of love and care pushed Viki to find acceptance in other places. One such place was just a road away from his plush apartment.

Viki finds love and acceptance, where bullets don’t warn before firing. Interpersonal relationships are complex, situations are twisted. Ambitions breakfree, as Viki sets his eyes on the top‐spot in gangster‐land. He backs himself to de‐throne the existing king. Where people use might, Viki uses his mind. A game of dice begins. Each throw unfolds deception, double‐cross, uncertainty, mystery and shock. It all comes down to one final throw of dice and Viki must roll a six to win.

Given a choice between ambition and revenge, only a deadly mind would pick both. Viki picks both. Big dreams, big cost. Actions have consequences. A gunshot doesn’t discriminate; it makes the same sound for every ear,”DISHKIYAOON”. Be ready as the film is all set to release worldwide this March! Dishkiyaoon!