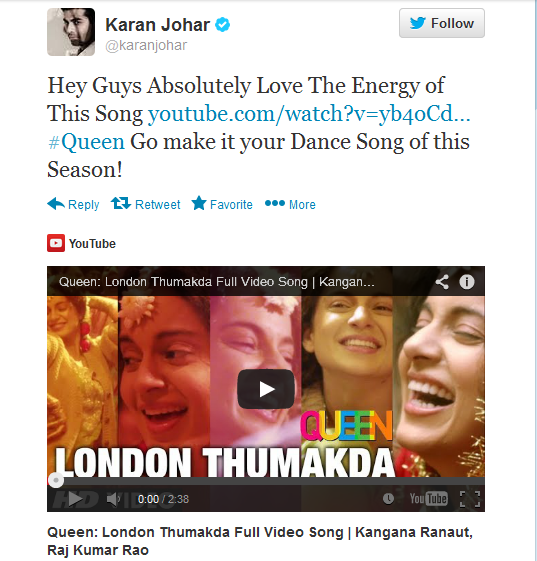 Hey Guys Absolutely Love The Energy of This Song … #Queen Go make it your Dance Song of this Season!”

Composed by the music maestro, Amit Trivedi, the song with its frivolous Punjabi beats of dhol, is bound to be ultimate song for this wedding season.

Queen is a Phantom Production. The Kangana Ranaut starrer is directed by Vikas Bahl, and produced by Viacom18 Motion Pictures, Vikramaditya Motwane and Anurag Kashyap. Queen is scheduled for release on February 28, 2014! Check out the track and tell us what you think about London Thumakda!