Darr At The Mall is back with its second poster to instill fear into minds of the audience. The movie released its first poster recently, which sent the audience wondering what director Pavan Kriplani had returned with. 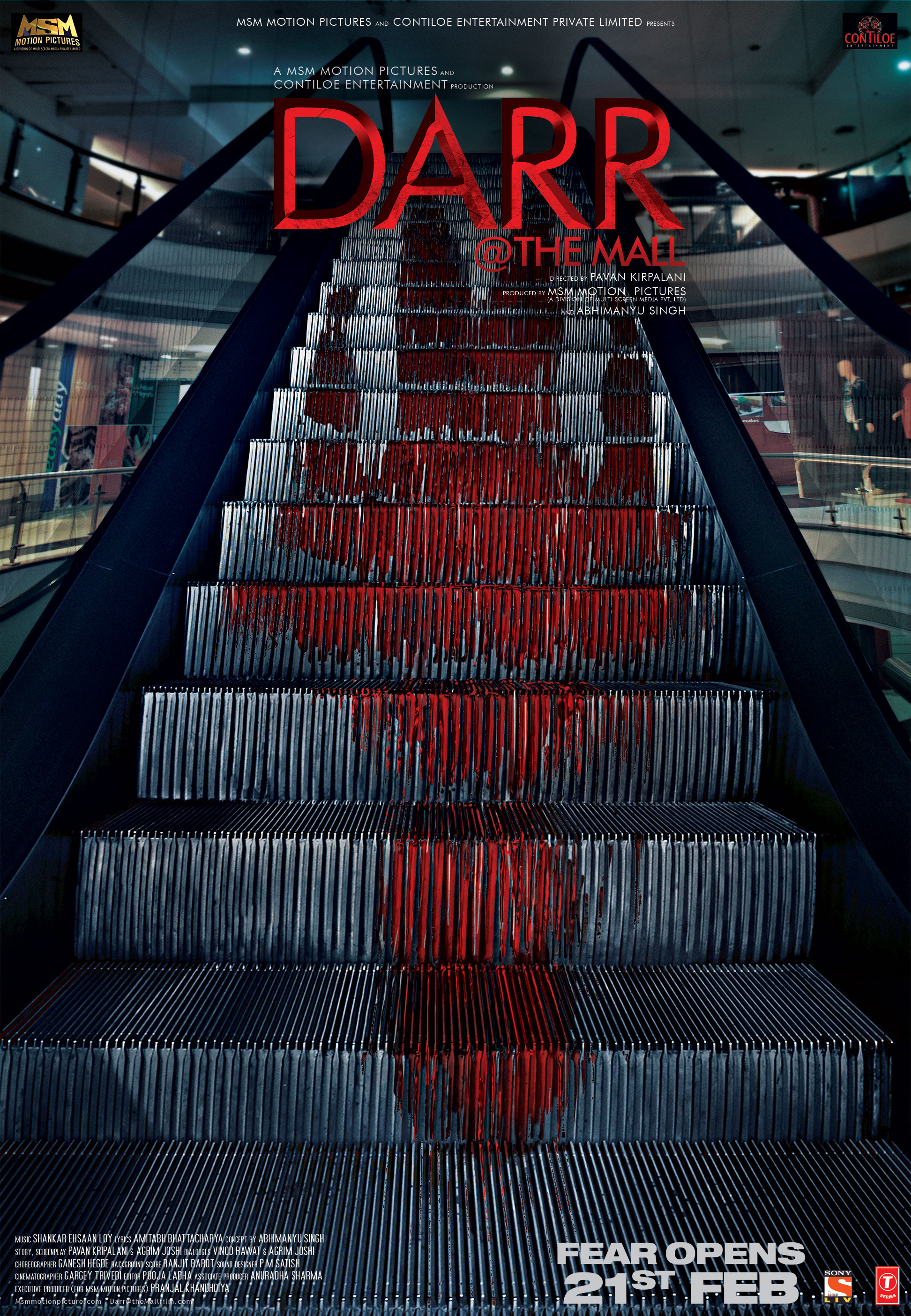 The second poster which released today, continuing with its element of mystery, has a bloody apparition of a man on the steps of an escalator. Whose, exactly, is that figure on the escalator, is the spine-chilling question that the poster stirs. Putting the mystery to a temporary rest will be the trailer of the movie, releasing on 7th January 2014. Directed by Pavan Kripalani, Darr @ The Mall stars Jimmy Sheirgill and Nushrat Bharucha and is slated to hit theaters on February 21st 2014.