Known for his out-of-the-wall flair in movie making, the Indie filmmaker Nagesh Kukonoor hasn’t become a success story from any strategies or secrets! 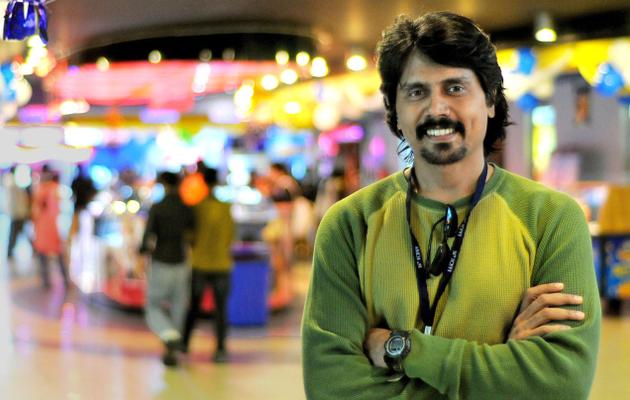 When asked whether it’s a choice to be different in every film, Nagesh responds with,

“I have never stereotyped myself or put myself in a box.”

Not confining himself to only one genre has allowed him to grow as a filmmaker.  Nagesh’s new movie, Lakshmi is about human trafficking and child abuse-which is a complete 180 from Mod, a love story starring Ayesha Takia and Rannvijay Singh.  Starring Satish Kaushik, Ram Kapoor, Shefali Shah, and Nagesh Kukonoor himself, Lakshmi is a story of a 14 year old that fights the system and emerges victorious after being trafficked and forced into prostitution.  The film deals with the issue of child trafficking and abuse, which is largely prevalent in rural belts of India. Lakshmi is presented by Jayntilal Gada of PEN India and produced by UV News Media & Communication Ltd and A Kukunoor Movies Production.

Witness the creativity of Nagesh Kukonoor for yourself and check out Lakshmi!!