Gin and Rees continue their tribute to the late Jagdev Jammu who tragically lost his life in a car accident last year. The brothers had been working with Jagdev for some time and previously released the hit song “Dil Aj Nachan Nuh” and more recently “Soniyeh” featuring Jagdev’s vocals.

The brothers had been working on Jagdev’s debut album when on the 1st October 2013, he sadly sustained fatal injuries in a crash and was pronounced dead on the scene. Gin and Rees felt it was only right to complete the album and release it in honor of the truly talented singer. The new single “Dil Di Rani” is released just in time for Valentine’s Day and is taken from the album of the same name. 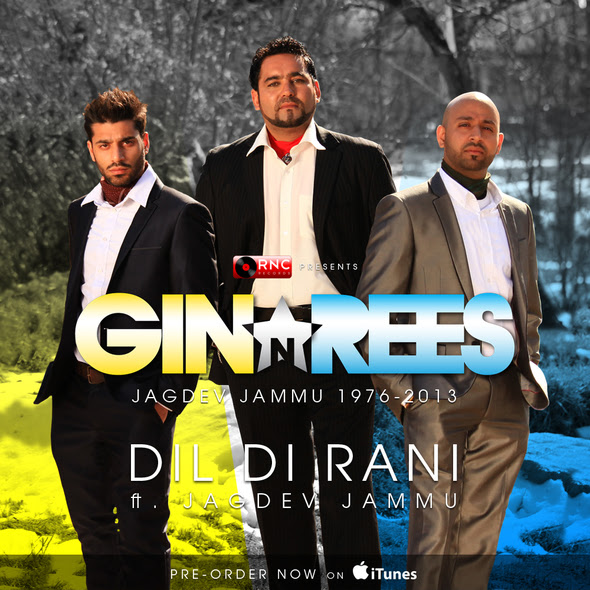 “Dil Di Rani” releases on 6th Feb 2014 on the RNC Records label and is available NOW to pre-order.