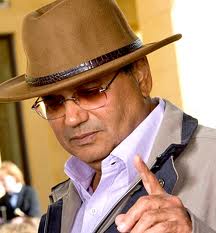 Music from Mukta films i.e Karz, Hero, Ram Lakhan, Khalnayak, Taal and Yaadein has always topped the charts. Mukta Music was launched in partnership with Sony music for kisna after Ghai realized that music was a valuable aspect of the film and it had to be exploited to the fullest.

But the Kisna didn’t do as expected and Ghai didn’t want to take risk on his next hence when t-series offered a good price for his next big budget film Yuvvraj he was happy to de-risk it. Ghai plans to relaunch the label with his maiden venture Kaanchi which is a big musical thriller by going all out by ramping up the distribution, exhibition and production business a great deal. When quizzed on the change in the Music Industry scenario

“The music industry has become so much more transparent. Online sales are totally accounted for. Earlier, we didn’t have any idea what kind of revenue our music was fetching. Music companies would buy the rights outright and thereafter we had no clue who was doing what with the music sales.” Ghai answered

The Label plans to produce, acquire and distribute music under this label. Mukta Music also plans to acquire the music of other producers and production houses; get talent on board; provide creative and business solutions as well as advice to new talent; and form a bridge between producers and the right talent.

Well we sure are excited about the music launch then if the Music brings such old value from old hits such as Hero, Ram Lakhan and Taal plus many more! The move is all set to release this April 2014!