Eros International has announced an impressive opening weekend of R..Rajkumar. In its opening weekend, the film grossed Rs. 39.77 crore in India (Net collections: Rs. 30.59 crore) and Rs. 6 crores overseas. It released across 2900 screens in India and 300 screens overseas! 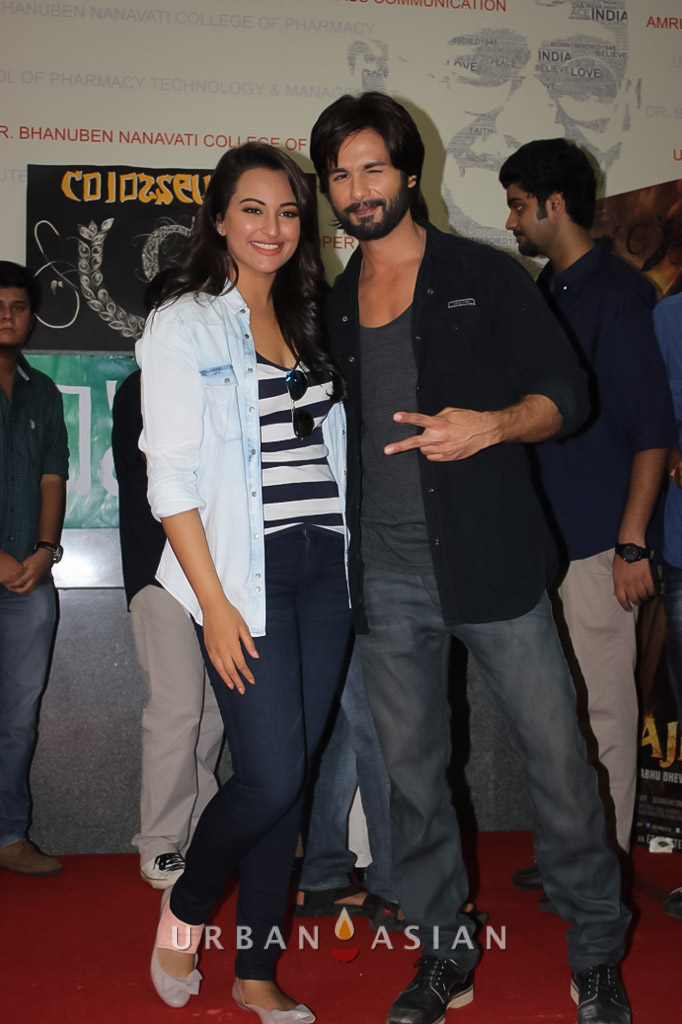 “With its mass appeal, chart busting songs and high octave action, R…Rajkumar made for a perfect commercial entertainer and has a received a big thumbs up from the junta. A large chunk of revenue has come from mass dominated circuits with single screens and multiplexes packed to capacity. With Monday holding up strong as well, we are looking to end the week with positive momentum.”

This Bollywood-masala filled romantic comedy has managed to capture the hearts of many Shahid and Sonakshi fans around the world but will this first weekend of success continue on? Have you checked out R…Rajkumar yet? Let us know what you thought!