So you thought one can only bask in the glory of the sun, eh? Think again! This weekend, actress and fashionista Evelyn Sharma is burning the web screens in a short fashion film called In Frost premiered on the Fashion TV website. The three-minute slick-flick featuring vignettes of the screen scorcher is produced by Vatsal Mehta and directed and edited by Maul Gohel, who was chosen among 25 international fashion and advertising photographers to win top honours at the Cannes Film Festival this year. 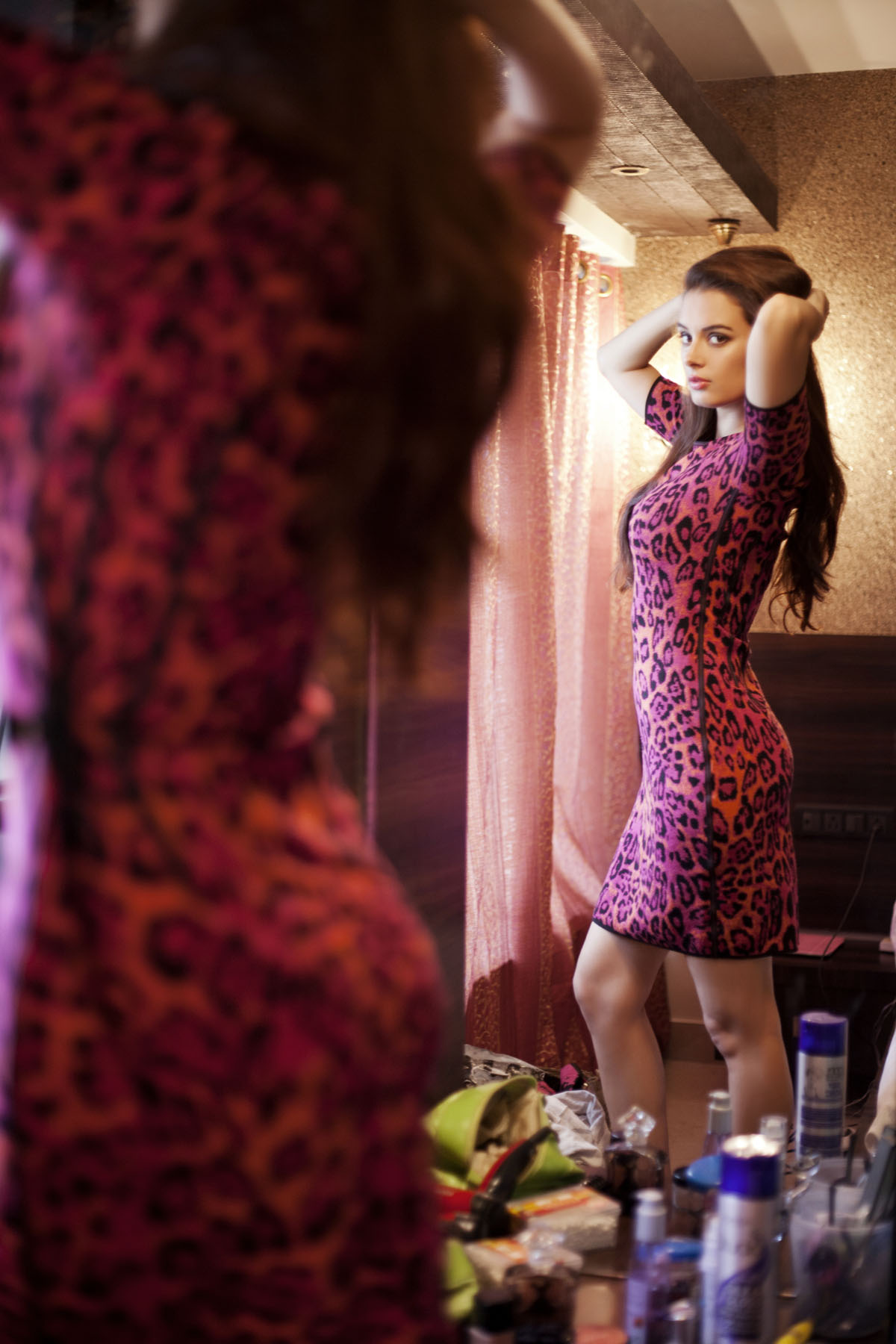 It has Evelyn basking in morning light, wearing modish outfits from ace designer Nishka Lulla. The pretty gal moves like a dream while the sun rays and its hues penetrate her – striding with grace and confidence – as if burning with ambition under warmth of the rising sun. The stillness of a foggy sky in the backdrop seems to take her into dreamy rewind mode with a beautiful sepia tone at times, giving a retro feel to the scenes, yet maintaining a contemporary pace for the film. She is styled by Hasnain Patel with make-up by Shubhash Singh.

A mesmerizing score by Robin Thicke ft. Pharrell titled Blurred Lines plays in the background. Though the film is called In Frost – more than frosty, we find it piping hot. Watch it and judge for yourself.