Let me assure you that Majya Navryachi Baayko (MNB) which clearly means My Husband’s Wife is Leave-Your-Brains-At-Home kind of a Comedy which enthralls lots of twist and turns that follows in the Screenplay. The movie may or may not remind you of Anil Kapoor-Sridevi-Urmila Matondkar starrer Judaai, But again the story takes an unusual turn.

Bharat Jadhav plays a simple ordinary married man and Deepali Sayed plays his wife, she is very honest. The couple leads an ordinary life, the average home but, there is one hitch, the wife is a big dreamer. She visits a nonsense Holy Man who advises her to convince her husband to start speaking lies. She convinces her husband and all hell break loose when some forced situations lead Bharat Jadhav to re-marry Smita Gondkar. Another roller-coaster funny ride follows when Deepali Sayed does not believe his husband’s marriage with Smita Gondkar and thinks this one to be nothing but a lie. 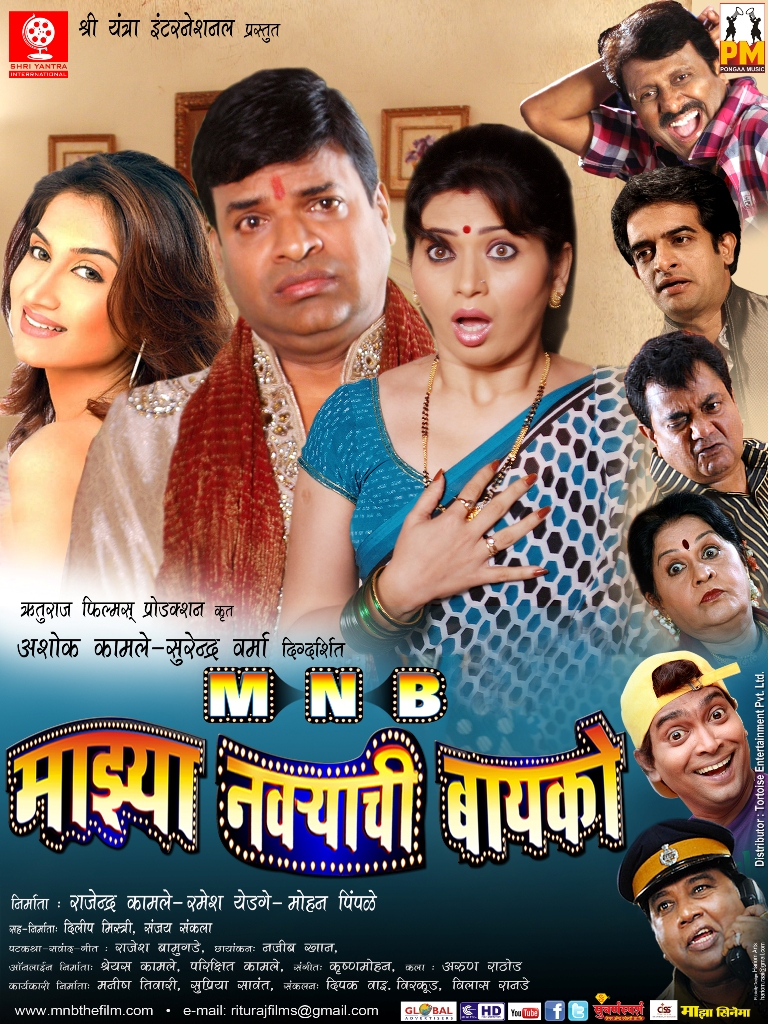 Performance wise, If you have enjoyed Bharat Jadhav in Shrimant Damodar Pant, I guarantee you that you will love him in this one too. He is simply outstanding. Deepali Sayed is good and provides a decent support as his wife. But it’s actually Smita Gondkar who surprisingly walks away with the cake. Please note her in the climax scene for her tremendous acting skills. Talent such as Smita Gondkar should be seen on a regular basis in Marathi Cinema. Rest of the cast are good and plays their part well.

Ashok Kamle directs this one from his heart. The story and screenplay keeps you hooked to your seats. The camera work by Najeeb Khan is good and eye catching at the same time. The editing drags in the second half and the music of the film is a let down, but the background score gels good with the comical timings. 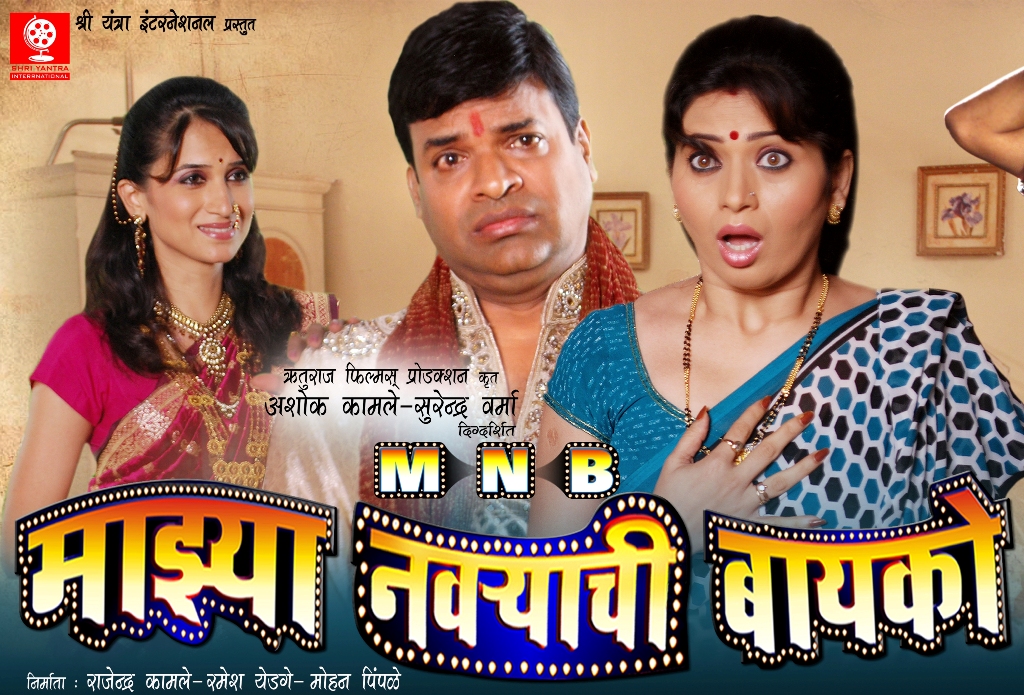 Majya Navryachi Baayko (MNB) is a good comedy and your holiday treat which works strongly for some wonderful performances by Bharat Jadhav and Smita Gondkar. Don’t miss this one!