Avina Shah, one of UK’s most talked about and inspiring British Asian Female Artists topped her global performances by heading to the world’s entertainment capital, Las Vegas for the RUMI Awards! 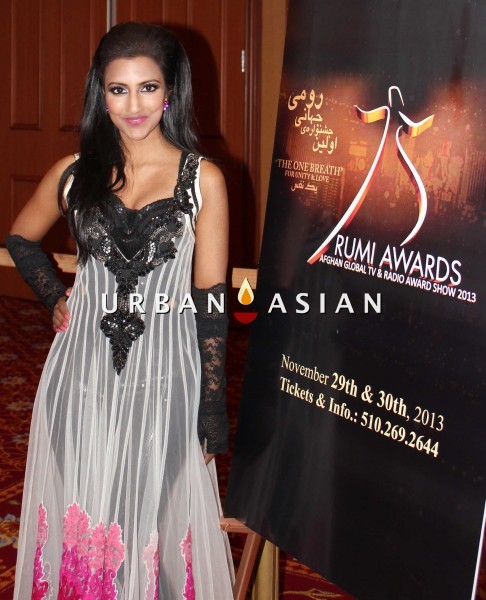 The RUMI 2013 Awards “The One Breath” on November 29th and 30th 2013, opened with the Afghan 2013 Global TV and Radio Award Show in Las Vegas Nevada USA. The major event saw a gathering of international Artists, Singers, Musicians, Poets, Writers, TV/Radio hosts and high profile celebrities from all over the world come together for this Red Carpet event hosted at the stunning venue South Point Casino Hotel. Styled by personal stylist Sukheev Gill from Electric Feather, Avina dazzled the Red Carpet event wearing a fabulously-fitted stunning Indian Choli dress designed by Kajal’s Collection whilst dripping in intricate jewels by Kyles Collection of London, ready to impress the awaiting swarm of cameras and guests present at this immense event. 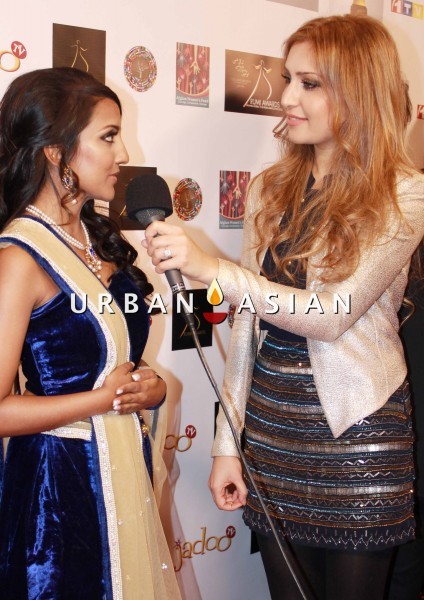 “I was truly honored to have been invited by the organizers to sing for this spectacular event! Who wouldn’t be excited to be performing in such an electrifying city, Las Vegas. I thoroughly enjoyed the experience and the audience response was incredible, making this the perfect finale to a very hectic past few months of performances across the globe.”

Keep it locked on Urban Asian for more updates on Avina Shah!