The famed ‘Chandan Talkies’ at Juhu witnessed a massive crowd as Salman Khan launched the trailer of his upcoming film, ‘Jai Ho’, produced by Eros International and Sohail Khan Productionz, in the presence of 500 fans. 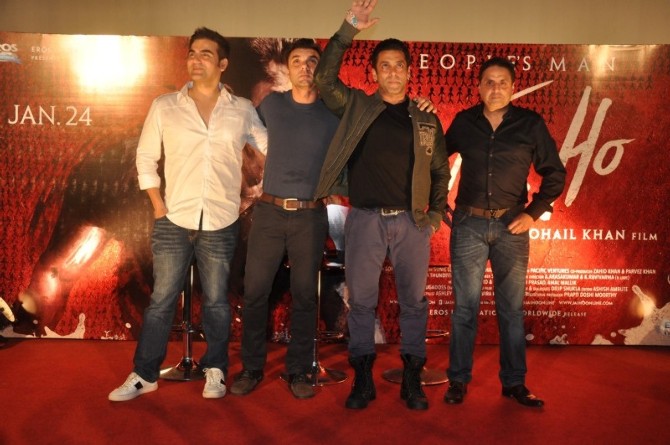 Salman’s fans, who couldn’t contain their excitement, enthusiastically cheered for their favorite actor. Present at the launch were the cast and crew of the film including producers Sunil Lulla and Sohail Khan, also the director of the film. The high octane, power-packed 2 minutes 18 second trailer was showcased amidst the crowd buzzing with energy. Hundreds of Salman’s fans from across the country had come together to get a glimpse of Bhai, as he is fondly called by them.

Welcoming the crowd present at the first theatrical look of the movie, Sunil Lulla said,

“The wait is finally over and the people’s man is back with a bang. Jai ho! This film is about the youth and lending a hand to the common man and who better than Salman Khan for the role. Be prepared to be entertained.”

Salman Khan, who painted the posters of the film, revealed that he had made 5-6 paintings, from which the best ones were chosen for the movie.

The film is all set to release this January 2014! Check out the trailer and tell us what you think of Jai Ho? Has this trailer made you want to watch the film?