Embrace: A Showcase showcased some extremely talented artists from all over the world with only one motive – to share their talent and express themselves. The live performances featured the following talented artists: Shava, a group of five Finnish guys from Helsinki who are championing Bhangra music as a popular derivative global genre. DJ Shadow Dubai, the Winner of Best Asian DJ at Masala Awards 2012 & 2010 and World Top DJs 2011, all the way from Dubai. Fahad Ahmad, a New York based singer with his latest hit single, Love Save Us Now, highlights the pressing issues of man-made and natural disasters. 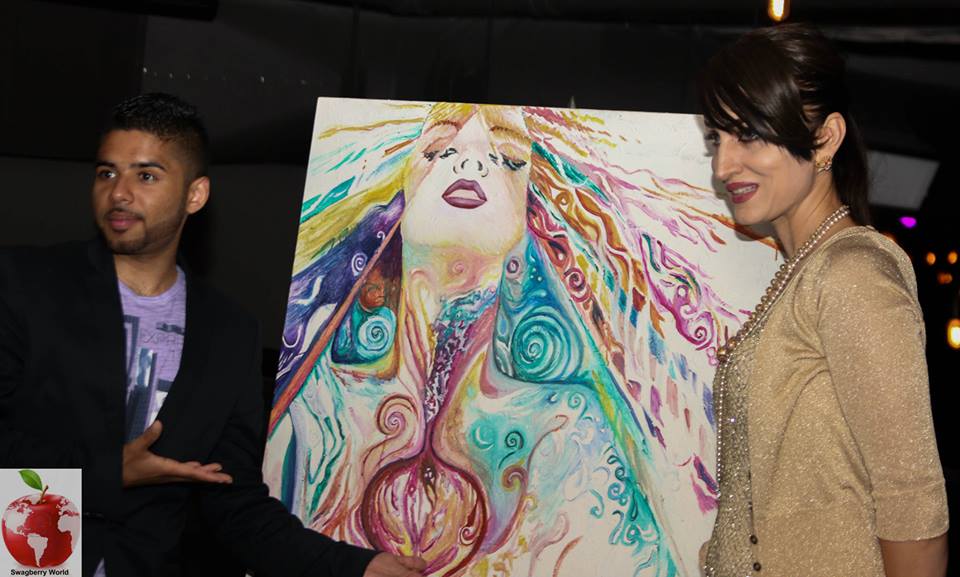 Saima Yousuf, a multi-talented artist & light worker from Studio 2012, creatied an exhilarating live painting of “The Embrace” and completed during the event. This painting was the idea behind the complete event. Other performers also included, Kundalina Shock Attack, a band that transports you to another dimension with their own brand of desi post-dance floor deconstructionism and  SJ & Shimmyman, South Asian Hiphop/Rap artists from New York. UrbanAsian host Monty Kataria (@montyislive) emceed the event and caught up with the performers and got a glance of the life of these artists, their talent and what they want to give out to the world with their talent!