The man who brought you Mere Brother Ki Dulhan is now back with something a bit more different. Gunday has just released it’s teaser in India and we have to tell you, it looks mind-blowing! A story of two happy-go-lucky renegades who came to be know as “Gunday.” The movie stars Ranveer Singh and Arjun Kapoor, as Bikram and Bala, along with Priyanka Chopra and Irrfan Khan, in lead roles.

Based in Calcutta during its most unsettled times in the ‘70’s, the film deals with the inseparable life of Bikram and Bala. The story of 2 boys who grew up and became refugees. Refugees who became gun couriers; gun couriers who became coal bandits, and finally coal bandits who became Calcutta’s most loved, most celebrated, most reckless, most fearless, most powerful! 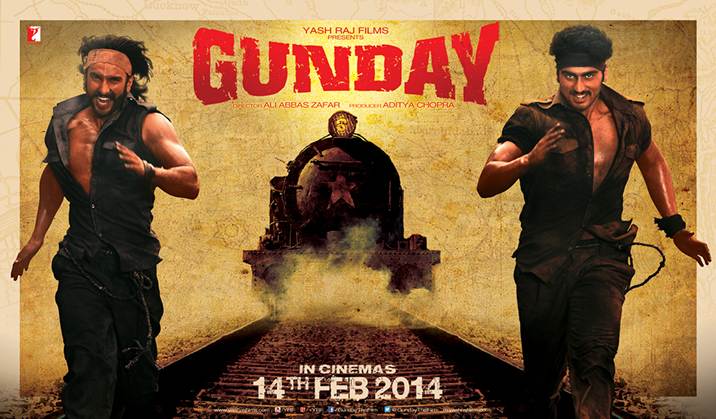 Gunday releases worldwide on 14th February 2014! Valentines day! Yes on the most magical day of the year! We wonder why they choose this day though. Guess we will have to wait and see the rest of the promo trailers! Might be some action but might be some love “action” added to it as well!