Ishmeet Narula’s bubbly personality, incredible dexterity and the precision and warmth of her voice have helped establish herself as an outstanding up-and-coming Punjabi female vocalist. Ishmeet was nominated for the Best Newcomer Female Voice at the PTC Music Awards in 2012 for her collaboration “Kaliyan Raatan.” Listening to her work, you can tell she has a clear passion for what she does. 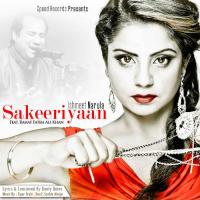 Ishmeet is celebrating the release of her much anticipated debut album, “Sakeeriyaan,” featuring the legendary Ustad Rahat Fateh Ali Khan. With music composed by the maestros of Punjabi music industry such as Tigerstyle, Bee2 and Sachin Ahuja, along with lyrics penned down by the soulful writer, Bunty Bains; the album captures a combination of melodious and vibrant frequencies as Ishmeet’s voice unfolds sweetly and captivates the listeners. This album under the Speed Records label will serve as a royal feast to all Punjabi pop lovers who appreciate meaningful lyrics on irresistible tempos.

Ishmeet is constantly exploring different styles of music to being to her performances and fans. Her talents and drive have given her the makings of a superstar who has already performed live in front of thousands and who has also collaborated with some of the biggest names in the Bollywood and Punjabi music industries. We are definitely going to be keeping an eye on Ishmeet’s rise to the top! Will you be checking out her debut album? Let us know in a comment below!