Getting a request from the Royal Highness is no joke! No matter what the request is! Bollywood’s favorite baddie Gulshan Grover was pleasantly surprised recently when HRH Prince Charles asked for a DVD of the actor’s forthcoming action thriller film Bullett Raja during the Monarch’s recent visit to the Asian subcontinent. Gulshan promptly responded by informing Prince Charles that a special copy, complete with English subtitles, would be made for him! Pretty impressive! Can’t deny the Prince now can you? He is the Prince! 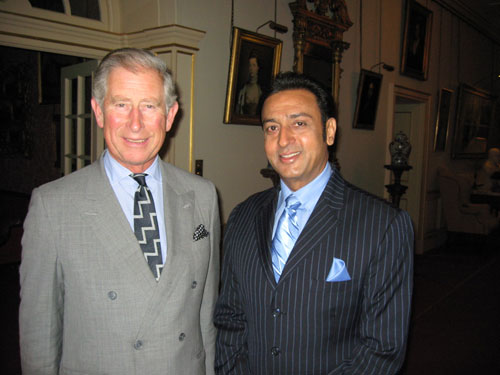 The Prince of Wales met with Gulshan at an exclusive sit-down black tie dinner in Mumbai during his promotional tour of India ahead of his trip to Sri Lanka for the Commonwealth Heads of Government Meeting. The pair have met on several occasions, with Gulshan citing how much he admires the Prince for his extensive charity work both at home and abroad. After their meeting Gulshan contacted the film’s producer, Rahul Mitra, and asked that a DVD with English subtitles be made and urgently given to Prince Charles. Commenting on his meeting with the Prince, Gulshan said

‘I’m a great fan of HRH Prince Charles because of the charitable work he does. He’s constantly thinking of ways to do more for people, and not for people in the UK alone, but for people outside of the UK too. We’re discussing ways of doing some charitable events where I’ll use my popularity along with the strength, popularity and contribution of my fellow Bollywood stars.’ 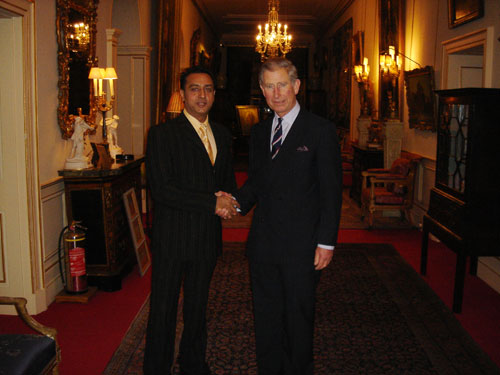 In the film Saif Ali Khan is seen in a new avatar, Raja Mishra, a commoner who gets transformed into Bullett Raja – a notorious, don’t-give-a-damn attitude gangster. Bullett Raja has huge universal appeal and is sure to strike a chord with all audiences. The music has been directed by hit music-duo Sajid-Wajid.

With an engaging story full of twists, turns and tantalizing action sequences, the film promises edge-of-your-seat entertainment with a generous helping of tongue-in-cheek humor and romance as Saif Ali Khan stars in and as the formidable Bullett Raja. Bullett Raja will be released in cinemas from 29th November 2013! Check out our exclusive interview as well with Gulshan Grover when he was back in LA speaking with Urban Asian about his films this year a long with talks on Bollywood and Hollywood!