KJ Rathod, MD, of Flair, India’s top three writing instrument brand, with a footprint of over 75 countries globally including, JVs with Pierre Cardin from France and Pentel japan, actually helped turn the pen into an instrument mightier than the sword. We are talking about Krrish3’s Flair association, where Hrithik Roshan as Krrish, actually picks up the pen as the weapon to tackle evil, thus being the ambassador for millions of kids to take to education and make the difference. KJ Rathod on why Hrithik Roshan as Krrish and Flair go together, said

“Both of us believe in values and the best gift that a parent can give to his child is education. Rakesh Roshan with his noble thought has churned out an entertainer that will not just go down as a super hit, but one with values. We are very happy with the association.” 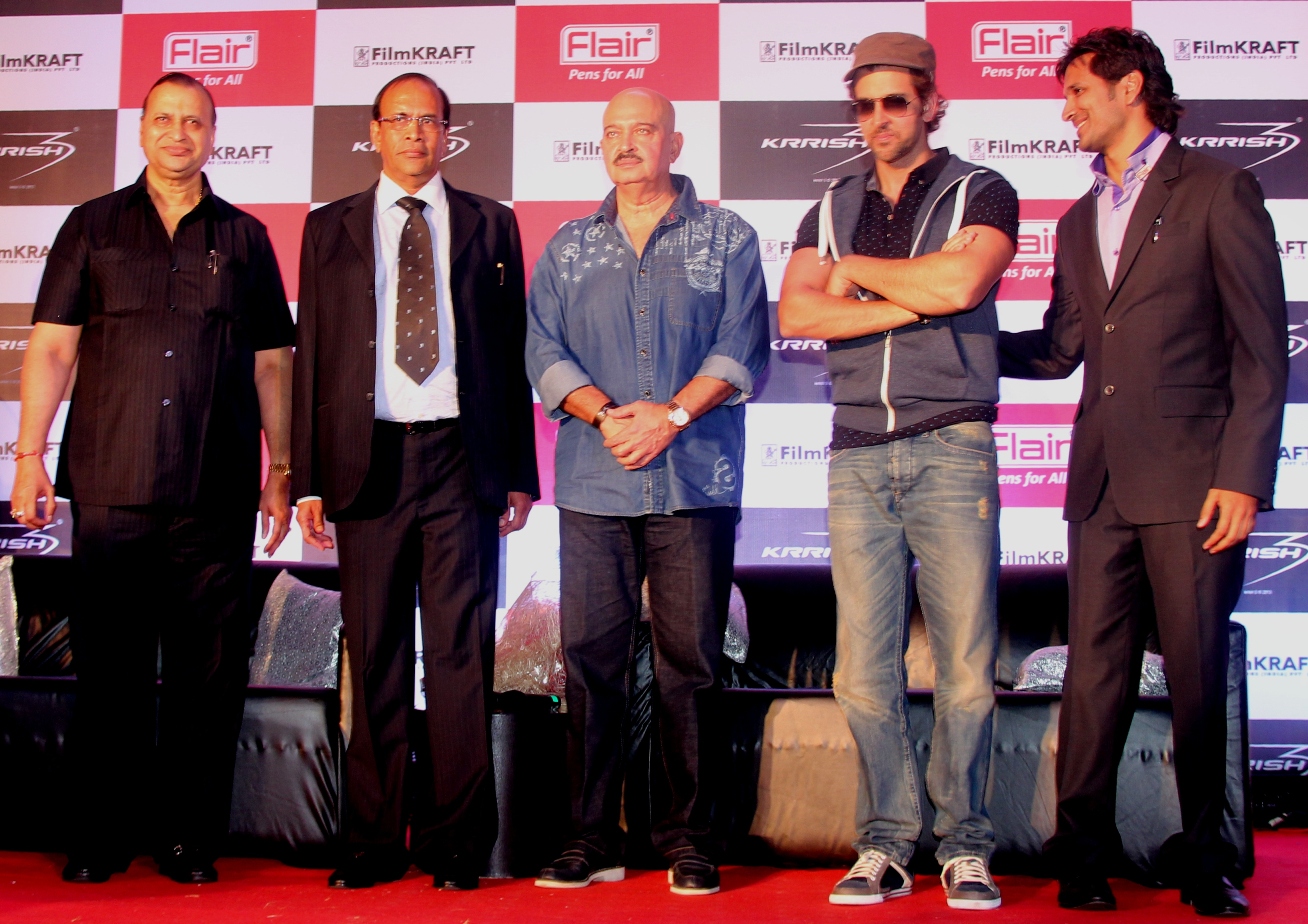 “I am truly escited with the association. The positivity and radiance of Krishh will go a long way in prompting kids to turn to the pen in this era of computers. A letter of affection that touches you more than a 1000 emails and that is the fact that Flair always believes in.”

“My dad always believed that education is of utmost importance and whatever I do, I must first focus on my studies. This has helped me grow as a person and I would like each child in India to pick up the pen. It is the mightiest weapon in the real sense, for it teaches you to stand up and take on the world in every sense. I am very glad at the Krishh 3-Flair association.”

With all the buzz going on in Bollywood with Krrish making the highest amount of money in a few days, its not doubt that many others are catching Roshan’s attention! What did you think of the film?