The highly-anticipated new Bollywood film Bullet Raja releases in theaters next week but movie fans can catch up on some of the greatest hits of the stars and director on Netflix today. Numerous blockbuster and award-winning films from Saif Ali Khan, Sonakshi Sinha, and director Tigmanshu Dhulia are now streaming instantly on Netflix allowing fans to watch a different movie every day from now until Bullet Raja hits theaters in the U.S. on Thanksgiving Day (Thursday November 28) and in Canada on Friday November 29.

Streaming right now on Netflix are nearly a dozen hit films from Saif Ali Khan including the action hit Race and its 2013 sequel. Also playing are romantic comedy hits like Hum Tum with Rani Mukherjee and Salaam Namaste with Preity Zinta as well as the modern classic Dil Chahta Hai with Aamir Khan. 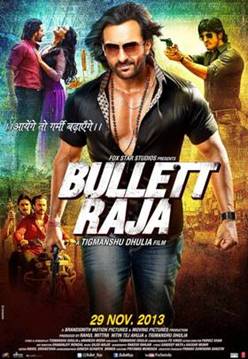 So fans and readers! Looks like you will have more fun watching Netflix Bollywood! If you have Netflix be sure to add the list of films to your watch pad!