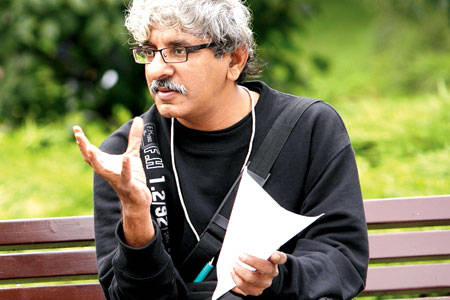 Sriram Raghavan has earlier given us films like Ek Hasina Thi, Johnny Gaddar and Agent Vinod. Sanjay Raotray has worked as an executive producer on films like Johnny Gaddar, Khosla Ka Ghosla and Makdee. Vikas’s first book Q and A which won him South Africa’s Boeke Prize in 2006 was adapted into a film which won eight Academy Awards titled, Slumdog Millionaire by Danny Boyle.

The rights of his second book, Six Suspects, has been bought by Starfield Productions. Sriram confirmed the news, saying,

“The Accidental Apprentice is a fast-paced suspense story set in contemporary India. The premise is real yet fantastic. The protagonist is someone we can all relate to. It begins like a fairytale but it has a dark side as well. I am a huge fan of Vikas’s first novel Q and A but couldn’t get the rights of that.”

“Sriram has started working on the script. It took us around six months to convince Vikas about the project.”

Will The Accidental Apprentice be as big an international hit as Slumdog Millionaire? We’ve got to wait and see!