Shaadi.com gets it’s own movie now and this time the film is all comedy!  Shoojit Sircar and Ronnie Lahiri’s new production, under their banner Rising Sun Films presents Running Shaadi.com’ which just gone on the floors in Amritsar which is directed by first-timer Amit Roy, the film stars Amit Sadh and Taapsee Pannu in the lead and will be primarily shot in Punjab. 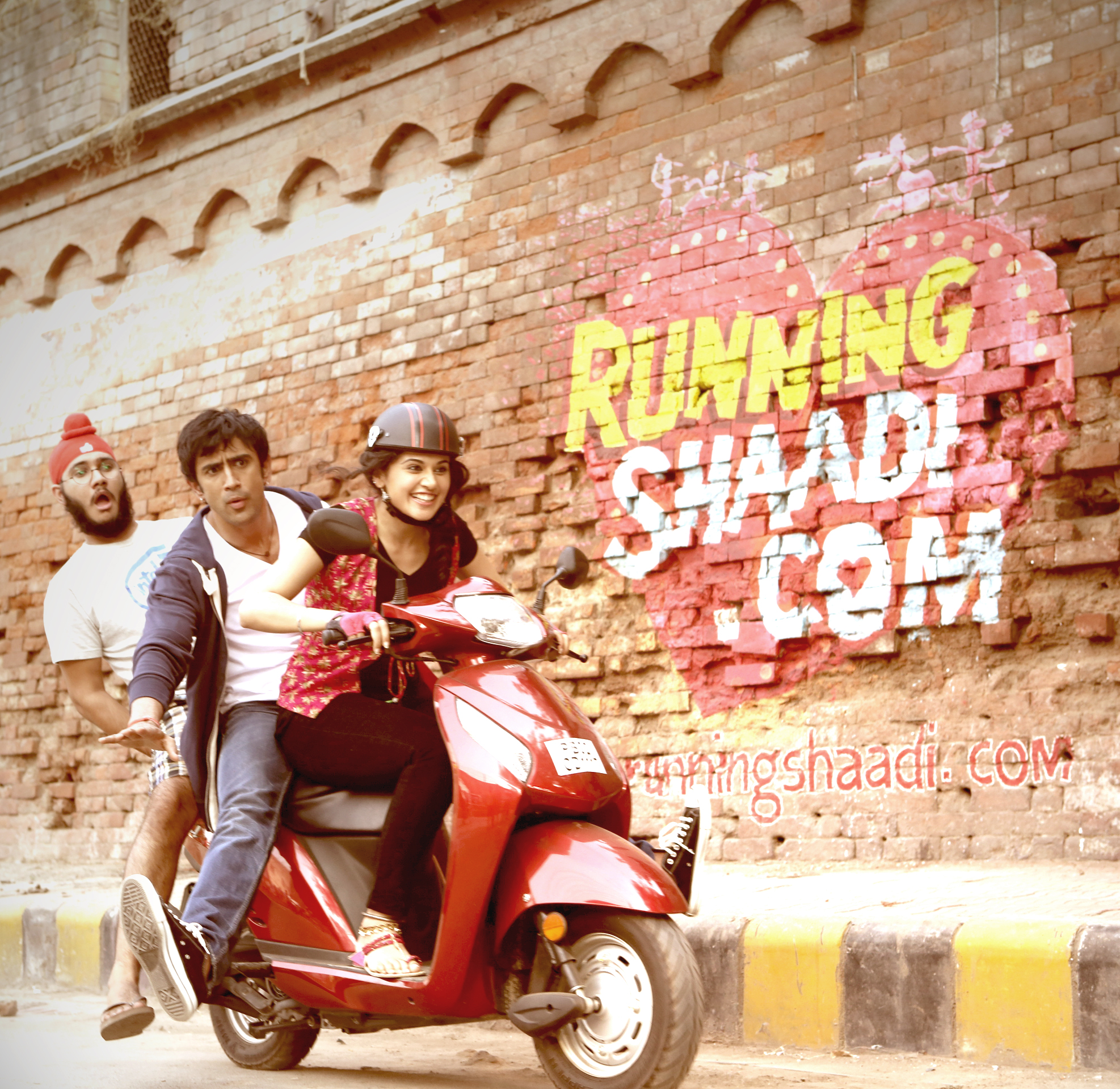 Running Shaadi.com is a youth romantic comedy centered around this website which helps people elope and get married. Eloped! Delving deep into the minds of India’s young, especially in the smaller towns, the film is intelligently entertaining with an array of endearing characters.

Debutant Director Amit Roy has previously worked as a cinematographer for filmmakers like Ram Gopal Varma (Sarkar) and Rohan Sippy (Dum Maaro Dum). Running Shaadi.com will be his first venture as a Director. The film’s leading man, Amit Sadh, who has been a rage on television, had a successful switch to the big screen earlier this year with Kai Po Che. He will romance Taapsee Pannu, who is already a big name down South and was the cynosure of all eyes in David Dhawan’s remake of Chashme Baddoor recently.

“Amit Roy is a friend for many years so when he came to me with this script, I thought it was very interesting and a sweet love story which we decided to produce under our banner, Rising Sun Films. We are committed to making entertaining cinema and this film fits the bill perfectly,” said Shoojit.