Hailing from Sydney, Australia, but originally born and raised in Punjab, Navjeet Kahlon grew up idolizing folk legend Dilshad Akhtar. It was in later life he explored folk Punjabi music through Late Bhawani Shankar and Meet Malkit. After years of learning and performing at various shows, Navjeet released his debut solo album in 2006, which received favorable praise in Punjab. He would then go on to be featured on a compilation album by Speed Records titled ‘Pure Energy.’ Navjeet team up with Beat Minister in 2012 for the album ‘Born 2 Rise’ – the album was supported by high quality videos by R Swami. 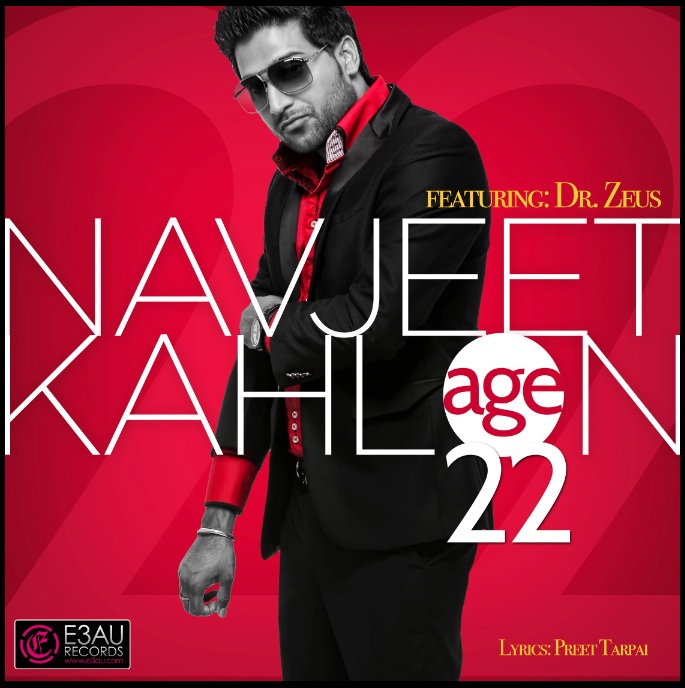 However it was the single ‘Wapari’ that struck a chord with fans in Punjab and overseas. 2013 sees Navjeet Kahlon return with the prolific Dr Zeus, one of the biggest names in South Asian Music. ‘Age 22’ is a funk fused single, that also features rappers Shortie and Fateh. ‘Age 22’ by Navjeet Kahlon is set to release 30th October on E3AU Records Worldwide!