The exclusive Indian trailer of Dylan Mohan Gray’s ‘Fire in the Blood’ was released on October 5th. The documentary has won multiple awards around the world including the Political Film Prize in Hamburg on the same day the trailer was released and has created ripples in many countries. The trailer gives the audience a short glimpse into the toxic business of pharmaceuticals and how it affects the lives of ordinary citizens in countries both rich and poor. Check it out!

An intricate tale of ‘medicine, monopoly and malice’, ‘Fire in the Blood’ tells the story of how Western pharmaceutical companies and governments aggressively blocked access to low-cost AIDS drugs for the countries of Africa and the global south in the years after 1996 – causing ten million or more unnecessary deaths – and the improbable group of people who decided to fight back. After making waves in numerous countries, Fire in the Blood screens today across India. Directed by Dylan Mohan Gray, the film has won critical acclaim worldwide. Rohit Khilnani from India Today wrote,

According to noted film critic Rajeev Masand, the documentary is

“A powerful, urgent film. Don’t miss Fire in the Blood. It tells you how YOU can save lives”

Sarit Ray from Hindustan Times says Fire in the Blood is

“quietly devastating” and “a testament to human decency”. Calling Fire in the Blood “”indispensable viewing” and a “very smart documentary from India.”

David Rooney from The Hollywood Reporter says the film is

“extremely moving… a powerful documentary that demands to be seen by as wide an audience as possible”. 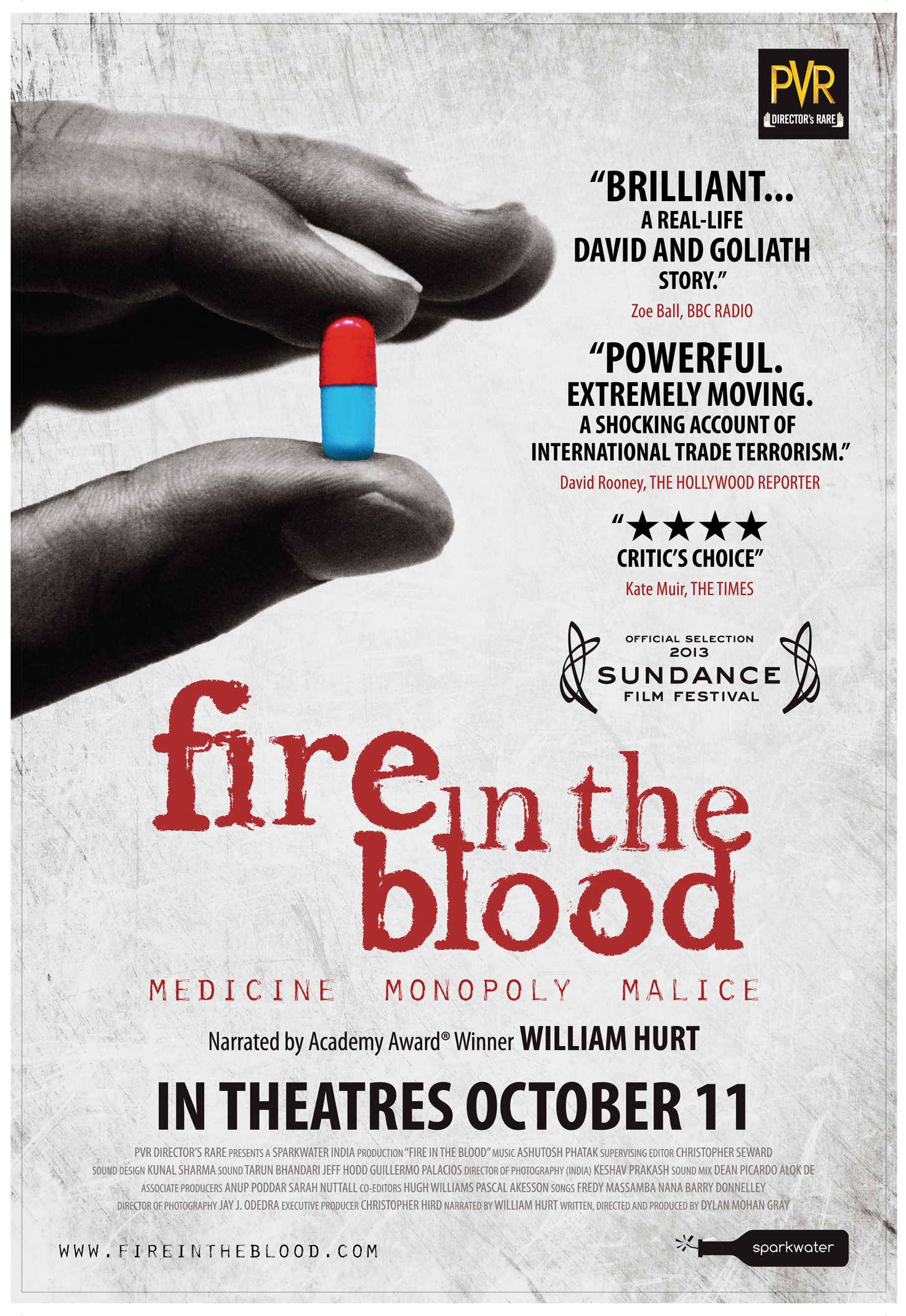 The film has won three major international awards in recent months, including the 2013 DOXA Feature Documentary Award at Vancouver and the 2013 Justice Matters Award at the 27th Washington DC International Film Festival. The most recent feather in its cap is winning the first-ever Prize for Political Film at the recently-concluded Filmfest Hamburg in Germany. ‘Fire in the Blood’ was an official selection at the 2013 Sundance Film Festival, where it was nominated for the Grand Jury Prize. The film is slated to release in select theaters across India on October 11th. What an amazing movie to watch!