Bradford born rapper, Fusion is set to release his debut single ‘Aashiqi’, which features the amazing vocal talents of Sona Walia and the skills of the legendary production guru Kam Frantic. Check out the video!

Proud of the prominent image Bradford has to offer with its regeneration and being crowned the City of Film, the loyal rapper chose to shoot the video in his home town. Fusion wants to represent Bradford to the fullest and put it on the musical map. The infectious “Aashiqi” was produced with a feel-good factor in mind. A vision to set the dance floors on fire as soon as the DJ hits play. The energy and up-tempo style of the song is guaranteed to get feet tapping and heads bopping. One listen and you’re hooked.

That said, “Aashiqi” is not your typical dance floor filler and has more to offer then just a unique beat. The song has been carefully and creatively designed to give Fusion a foothold in the music industry, hence the collaboration with Kam Frantic, who is renowned for launching successful careers in the music scene. Uniquely, Fusion’s style of rapping in Urdu and English ensures not only his success as a music artist but also as a torch-bearer in a new genre which will undoubtedly be followed by others. 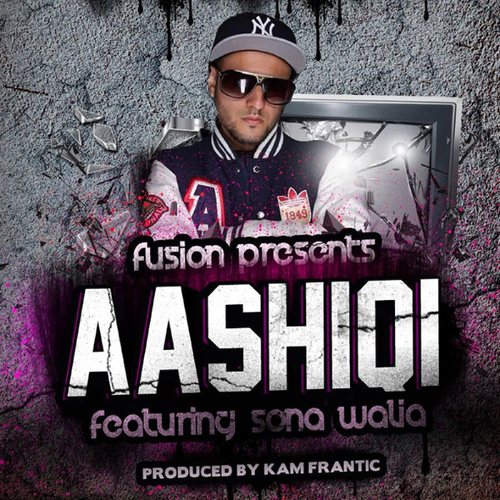 “Aashiqi” has already been added to the BBC Asian Network playlist as well as other station playlists in countries as far afield as Australia and Africa! “Aashiqi” is out this Thursday 17th October 2013 via iTunes