So much buzz is being created about this upcoming war-comedy film! This time one actress is making her big debut in a comedy genre!

War Chhod Na Yaar is Soha Ali Khan’s first venture in the comedy genre. She has made her mark in Bollywood with roles in films such as Rang De Basanti, Sahib Biwi aur Ganster Returns and international films like Midnight’s Children. Soha says,

“I am doing comedies for the first time and it has been great fun. I have done films where to get into a role, you have to bring back all these depressing memories before a shot. Comedy is much lighter, you can improvise, you can have fun, and you can let yourself go”. 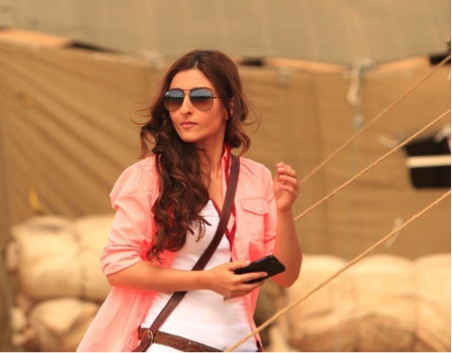 War Chhod Na Yaar is director Farz Haider’s maiden venture and is a war comedy. This is the first of its kind in Hindi Cinema. Soha plays a war reporter in the film. She says,

“I really liked the subject and that’s why I said yes to Faraz. It was one of the best scripts I have ever read. We all want wars to stop and the most influential medium in India is films. Movies inspire us. Faraz has written a script through which he aims to change our mindset and show us what we can do to stop wars”.

The movie is all set to release this year! This time it also has Jaaved Jaaferi who is the king of comedy! We are sure that this film will be full of laughs and comedy!