Akshay Kumar, the ‘Boss’ of Bollywood has had a great start to the month starting with his Birthday on the 9th of September when he turned 46, followed by Ganesh Chaturthi Celebrations with his friends and family.

Akshay is an ardent believer of Lord Ganesha and offered prayers and gratitude during the holy season for his family and career. Akshay spent a solemn prayerful week with his family and they recently bid adieu to the Lord. Akshay and Twinkle’s elder son Aarav took charge of the Ganpati visarjan this year considering Akshay had to leave for his shoots. The 11-year-old seemed to enjoy himself as he actively participated in the rituals before the immersion. Dressed in a sky blue Kurta, Aarav looked dapper and seemed excited as he carefully helped in carrying the idol while the procession made its way to Juhu Beach, where the Lord was later immersed.

Also with Akshay’s latest film ‘Boss’ on its way and the title song basking in a great amount of popularity and liking amongst fans, Akshay and the makers of Boss decided to present their fans with a splendid gift.

Akshay Kumar and the makers of ‘Boss’ made a special ‘Ganpati Mix’ of the track, which pays respect to the Elephant God. The single has been distributed free across all Ganesha pandals (canopies) across the city and state. 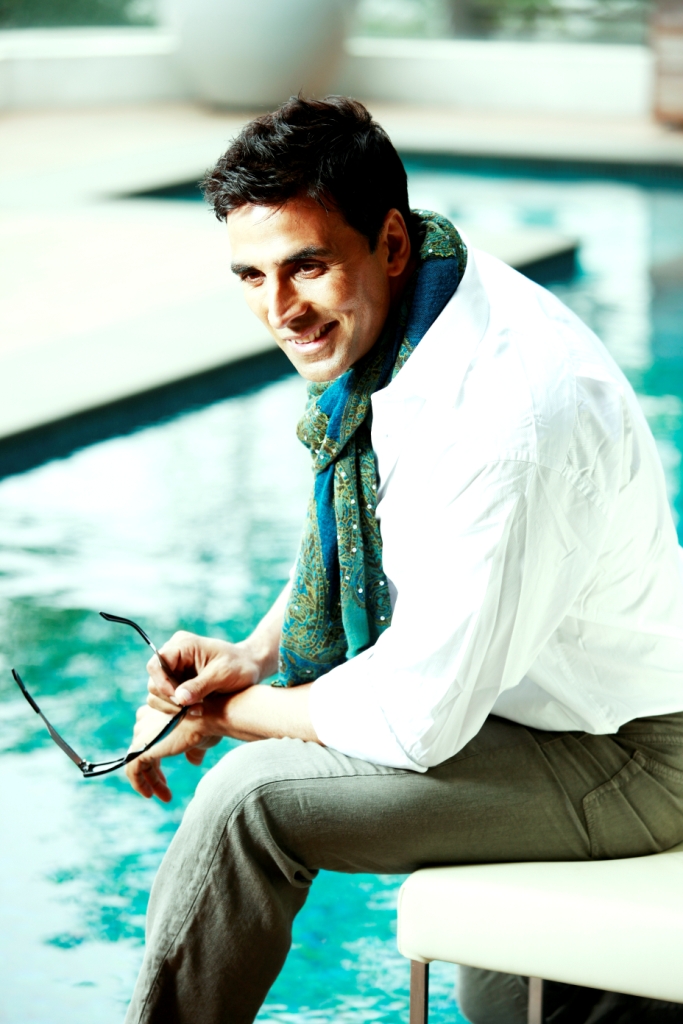 The director of Boss, Anthony D’Souza, reveals what went behind this special mix.

“Lord Ganesha is considered to be the Boss of Gods. So we decided to have a version of the title track, dedicated completely to Him. It has the full Ganesh Chaturthi flavour with a lot of celebration and joy,” he says.

“For the Ganpati special mix, we have used a lot of dhols and lejhim beats. It is Bappa after all, so even the song has to be more than special.”

The song is being played across all pandals during the entire Ganesh festival, with Akshay visiting many of them to offer prayers. Akshay was also recently seen promoting his film ‘Boss’ alongside long time friend Salman Khan at the sets of Big Boss 7. He seemed to enjoy the opening episode and bonded well with all the contestants as well as Salman.

This month indeed seems to have been packed with great time with family and friends for Akshay and he surely doesn’t seem to be complaining!