Krian Media Ltd announced that it had bagged the International Distribution rights for the Viacom 18 Motion Pictures Akshay Kumar starrer Boss. The film will be released in over 400 screens worldwide, including Europe, North America, South East Asia and Australia, amongst others. Boss is scheduled to release overseas on 16th October 2013!

The acquisition marks an important milestone for Krian Media as it is the first big budget mainstream Bollywood movie that it has acquired for international distribution. In a short span since its inception Krian Media Ltd., in addition to having acquired and released ‘G.I. Joe’, it has also acquired two Tollywood and two Mollywood films for USA distribution of which it has already released one Malyalam film. Krian also recently acquired A.R. Murugadoss and Fox Star Studios ‘Raja Rani’ for a Pan USA release.

“It is no secret that with the explosion of India internationally, Indian cinema has also been breaking newer barriers and crossing over to many more international markets. Likewise International cinema has also been increasingly making its presence felt at the Indian Box office and we at Krian Media endeavour to become the ideal channel of choice for both the above… In this context, the ‘Boss’ deal is significant to us not just because it is our first acquisition of a mainstream big budget Bollywood movie, but it is also the first movie that we would be distributing globally and not just in the US markets.”

Boss is Krian Media Ltd.’s second association with Viacom 18 Motion Pictures, the first being ‘G.I. Joe’ which released in India on 27th March 2013. 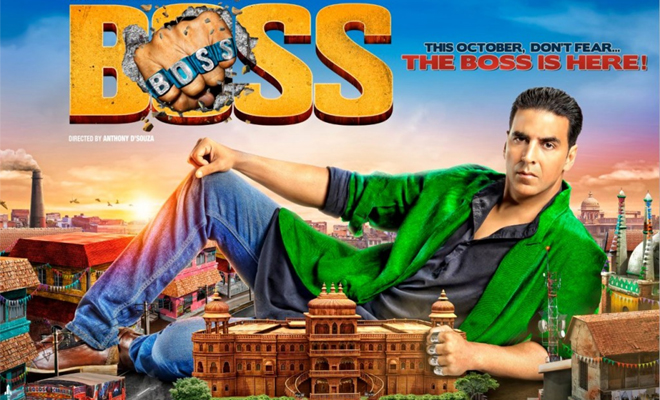 Produced by Viacom 18 Motion Pictures, Cape Of Good Films and Ashwin Varde Productions and directed by Anthony D’Souza, Boss is an action comedy starring Akshay Kumar and Aditi Rao Hydari and is slated for a 16 October, 2013 release. Keep it locked on Urban Asian for more!