Mere Vaali is nearly here! The new single “Mere Vaali” from Jeet Chahil ft Shin from DCS, promises a fast, interactive and driven performance from both Jeet and Shin. It will keep you all at the edge of you seats, if you’re not dancing already!

It has been a milestone in Jeet Chahil’s mind to work with the legend that is Shin from DCS, he has now accomplished this in his career with the fantastic single “Mere Vaali” being released to be on the 26th of September!

“Mere Vaali” is all about competition, rivalry and proving your better! It is something Shin and Jeet have performed throughout the video, this is just a teaser of what is to come! 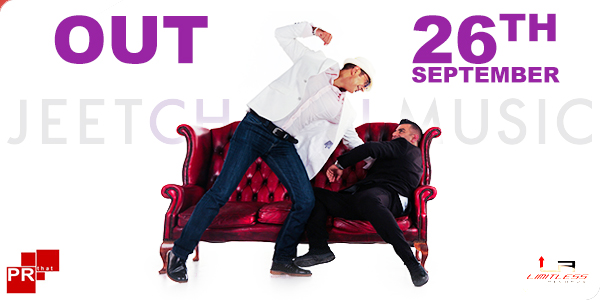 The music has been produced by the renowned Jeeti from late Nite studios and you can hear it has his stamp on it from beginning to end! The 3 artists have some fun stories to tell whilst creating the master piece which you will no doubt here when they are touring to radio stations around the UK.

The song is to be released with Jeet Chahil’s newly signed label Limitless Records, the date of release is the 26th of September which is largely anticipated by professionals involved and fans who are watching Jeet grow from strength to strength.

Launch parties and gigs surrounding the launch of the “Mere Vaali” Single, you should be sure to get yourself to a live performance to catch the fantastic duo in action.