Bollywood introduces many talented fresh faces every year!  While many faces just fade in the clutter, there are few who make their present felt.  Alia Bhatt, who debuted with Dharma Productions’ ‘Student Of The Year’, went on to win a million hearts with her performance. Another debutante, who made a mark with her first Bollywood film is Taapsee Pannu. The actor, who made her Bollywood debut with David Dhawan’s directorial venture, ‘Chashme Baddoor’, has left quite a mark by winning the hearts of the audience. Released in April this year, the film was very well received. 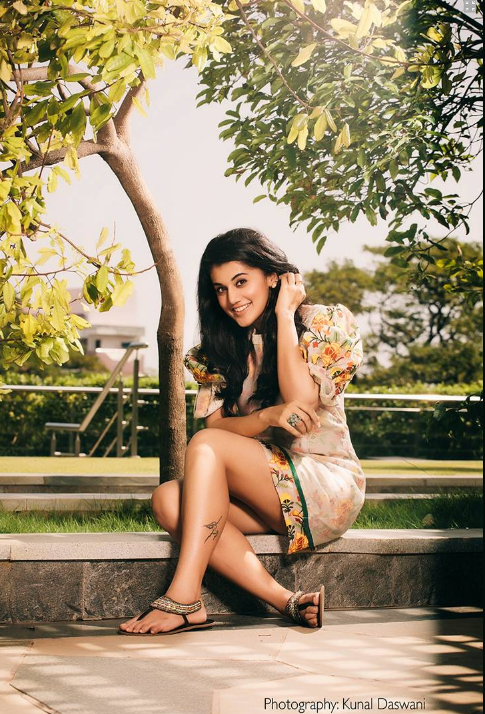 David Dhawan, who has given Indian cinema, some of the most memorable comedies, had complete faith in Taapsee to play the female lead in his film.Right before the release, the director was quoted saying,

“I found my ideal ‘Chashme Baddoor’ girl in Taapsee. She has got the fresh innocent quality that was needed for a film like this one.”

With a very strong screen presence and her girl-next-door vibe, Taapsee stands out among the current lot.  Taapsee has certainly managed to create a stir in Bollywood.

Taapsee’s likable and easy-going personality has certainly pleased the audience as well. Surprisingly, Bollywood happened just by chance for the natural actor who is a software engineer. In spite of belonging to a Punjabi Sikh family, Taapsee has perfected South Indian dialects brilliantly and played many challenging roles, down south, convincingly. After making her big Bollywood debut this year, Tapsee is undoubtedly the actor to watch out for.