Riding high on the success of ‘Bhaag Milkha Bhaag‘, Divya Dutta has her plate full with interesting projects. After earning critical acclaim and appreciation from the audience, Divya has many interesting offers coming her way. The actor recently signed ‘Traffic’, the Hindi remake of the Malayalam hit by the same name, starring Manoj Bajpayee and Prasanjit. 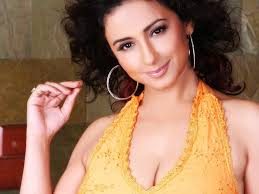 Divya is also in the midst of signing a film to be produced by Ekta Kapoor. She has also signed a Hollywood film, to be shot in Europe and India. The shoot for this project will commence next month.

Talking about the roles she is being offered, Divya says:

“It’s a great space to be in. I’m being offered roles of substance by the directors on my wish list.”

Divya is also looking forward to doing an item number, the details of which are being tightly kept under wraps.

The actor is unable to divulge more details about the item song but says,

“It will be different, with expressions and ‘adas’.”

If the movies and item numbers aren’t enough, the versatile actor is keeping occupied writing for her debut novel!  Looks like Divya’s got a busy year ahead!