War Chhod Na Yaar is Faraz Haider’s maiden venture and he’s leaving no stone unturned in making the film as authentic as possible!

A major portion of the film is shot in the deserts of Rajasthan so that the viewer can be as close to a war like zone as possible. Haider says,

“We did not want to shoot in a studio or recreate a set because I wanted to keep it really authentic.”

“War Chhod Na Yaar is a comic-satire shown through the prism of war. The movie has handled a subject as serious as war with the weapon of humor.”

“The treatment of the humor in War Chhod Na Yaar has many layers; mostly situational, sometimes spoofy, sometimes slapstick, sometime tongue-in-cheek, and sometimes even over-the-top.” 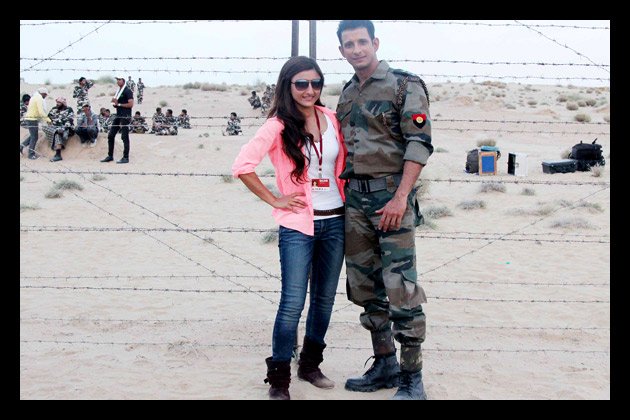 The film has Sharman Joshi, Soha Ali Khan and Jaaved Jaaferi in lead roles. The movie is produced by AOPL Entertainment Pvt Ltd, which has successfully completed 3 movies in South India and is now entering Bollywood with War Chhod Na Yaar. Keep it locked on Urban Asian for more!