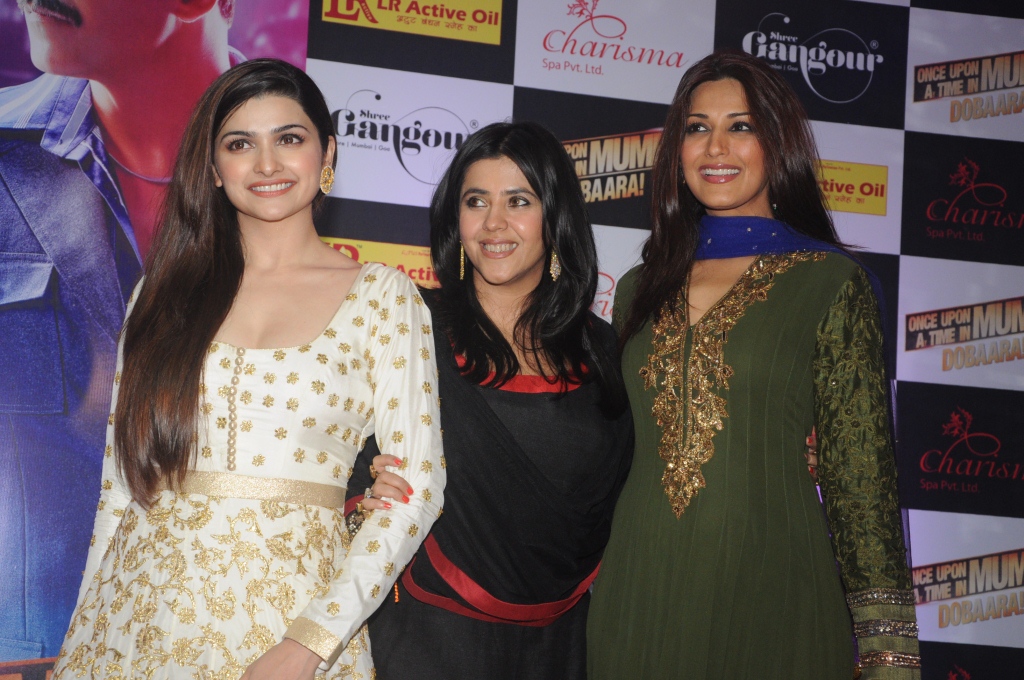 As Shoaib’s character grew in age and turned from a boy to man, Akshay Kumar was cast as the older Shoaib. It followed that there had to be a change in the casting of Mumtaz too. Ekta Kapoor and Milan Luthria convinced Sonali Bendre Behl, who has similar facial characteristics to Prachi, to return to the silver screen after a decade. (She was last seen in a cameo in Kal Ho Naa Ho.) Sonali’s brief but impact-ful role in Once Upon A Time In Mumbai Dobaara is already the topic of discussion!

At the recent OUATIMD Iftaar Daawat held at a suburban Mumbai hotel, Ekta Kapoor managed a coup by bringing the old and new Mumtaz (Prachi Desai and Sonali Bendre Behl) together in front of the media. The two beauties greeted each other cordially and shared memories of shooting for the two films!