This October don’t fear…Boss is here! The makers of Akshay Kumar’s next movie BOSS have released the first look poster of the film, along with a motion poster which gives us a glimpse to a sure shot entertainer on its way Boss is an action entertainer with daredevil stunts, style and attitude. 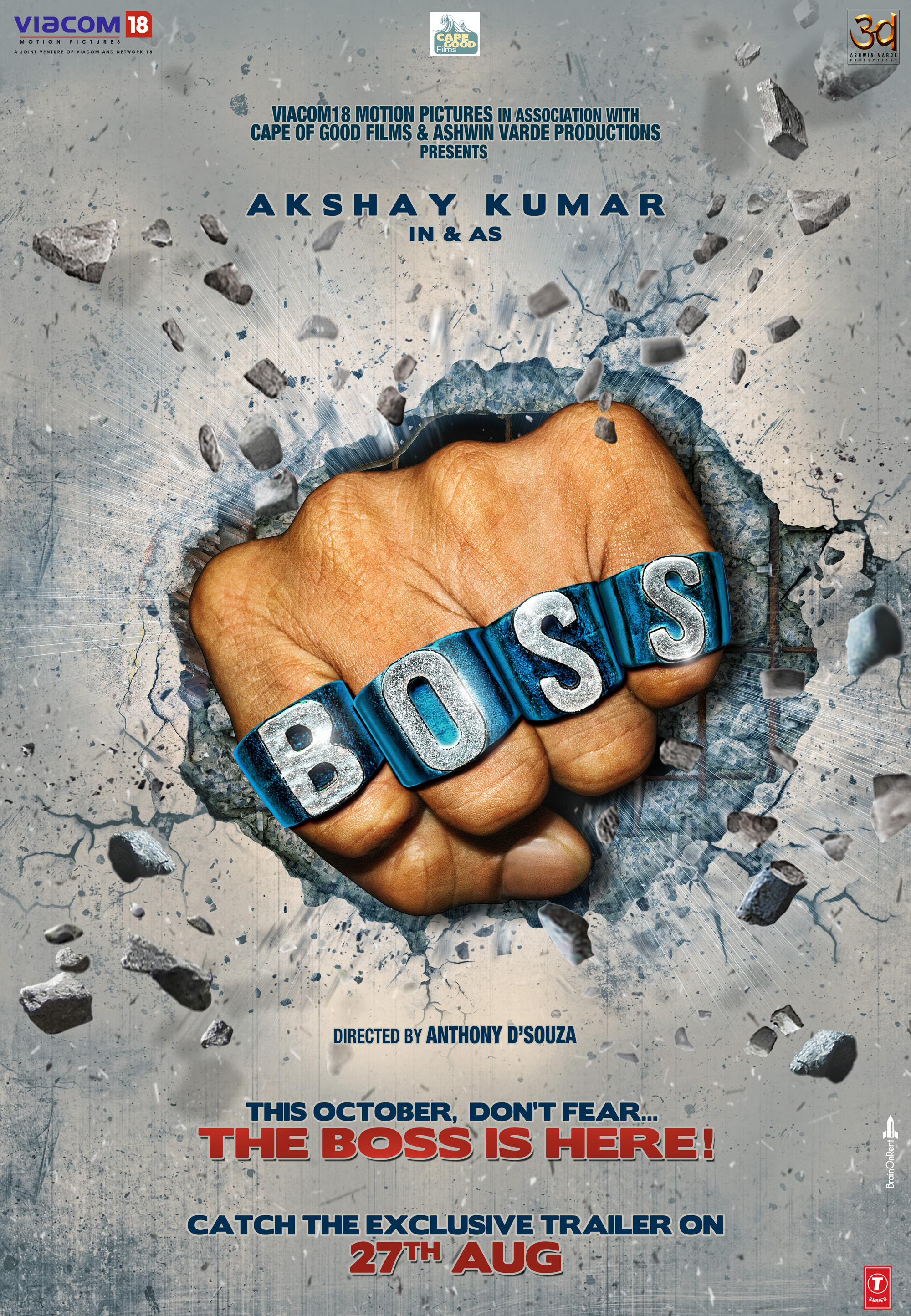 Considering the huge fan following of Akshay Kumar, the motion poster has been welcomed by trending the hashtag #BossIsComing in India and worldwide on Twitter by Akshay Kumar fans who call themselves “Akkians”, they plan to keep trending various hashtags during the campaign.

Also, just recently, the makers of the film elevated the audiences’ expectations by releasing a 1 minute long teaser and exposing the intensity of explosion that can be expected from the Official Trailer which will be launched on 27th August.

For those who haven’t yet caught a glimpse of the teaser, it features Akshay Kumar displaying his cool action antics and the background score adds to the drama and excitement.

Akshay Kumar has already announced on Twitter and Facebook, that with BOSS he is coming back to the full-on action genre, added with style and attitude!’

Boss is an action entertainer with daredevil stunts, style and attitude. The movie is produced by Viacom18Motion Pictures in association with Cape of Good Films and Ashwin Varde Productions.