An Alumbra Entertainment and Benaras Mediaworks production, Eros International released the trailer of Warning today. Directed by Gurmeet Singh, Warning is India’s first underwater 3D film. Starring Varun Sharma, Manjari Fadnis, Sumit Suri, Madhurima Tulli, Santosh Barmola, Jitin Gulati & Susana Rodrigues in the lead roles, Warning is based on a series of true events. The film follows the story of 5 friends that re-unite 5 years after college & take off to Fiji. Once at Fiji, they decide to continue the celebration on a friends’ yacht. Little do they realize that what follows, is utter chaos & terror. 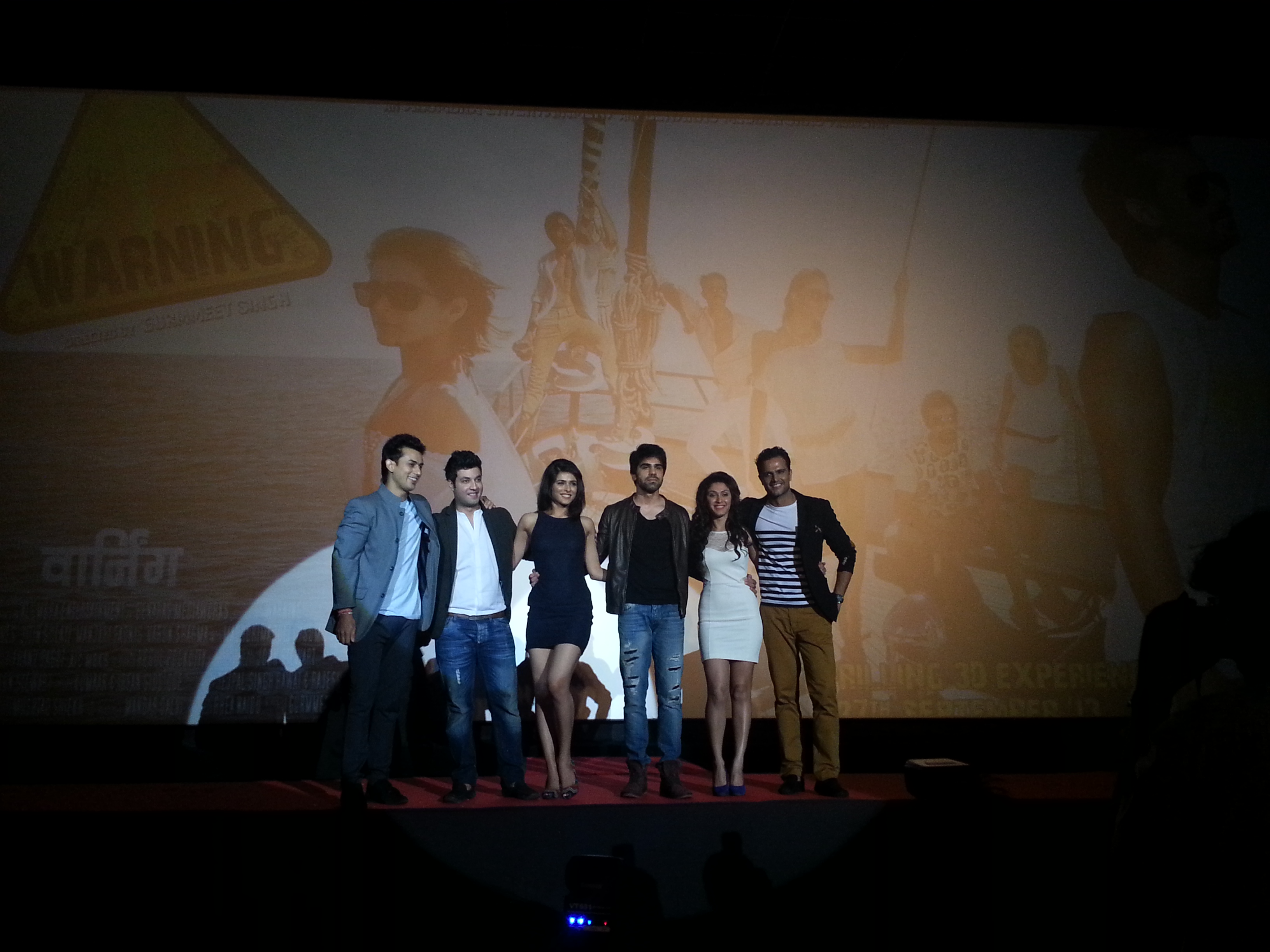 The cast of Warning

The trailer of the film was launched at a grand event in Mumbai. Each character from the film was introduced in in attractive manner, in order to gain a stronger connect with its audiences. The media was all praises for the trailer of India’s first underwater 3D film! Warning is all set to hit the silver screens on 27th September, 2013.

Watch the trailer here, but only at your own risk – http://www.youtube.com/watch?v=5CLoR5SWhv0