British Asian artist, Zack Knight releases his own twist to Naughty Boy’s hit single, “La La La.” Check out the talented artist’s R&B version of “La La La” and let us know if you like it better than the original!

Zack Knight is a singer, songwriter and producer from the UK. The talented star came to fame with his hit single, “All Over Again,” which received airplay on some of UK’s top national and regional television and radio stations. His second single, “Who I Am” was labeled iTunes’ “New and Newsworthy” pick of the month! Knight has even worked with and written for some of the most popular mainstream artists as well such as Tinie Tempah (in “Love U Right”,) Iyaz (in “Christmas Time”,) Ginuwine (in “Baby”,) Hitimpulse ft Young Steff (Darkchild) (in “Edge Of The World”,) and Karis Anderson (Stooshe). He’s even supported Taio Cruz, Mario and N Dubz live! 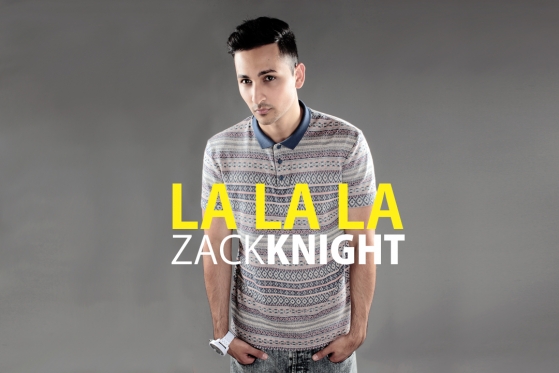 It’s safe to say Zack Knight has quite the reputation, keep it locked on Urban Asian for more updates on this talented star!