Sooraj Pancholi caught everyone’s eyes when Salman Khan decided to launch him in the remake of the super hit movie of yesteryears ‘Hero’ produced by Subhash Ghai. But due to the recent events and his name being involved in Jiah Khan’s suicide case, this bright opportunity seems a little dicey for Aditya Pancholi’s son. Subhash Ghai recently told the media that neither Sooraj Pancholi nor Athiya Shetty has been confirmed yet for the roles and that the ultimate decision is that of Salman Khan.

Subhash Ghai also said that he cannot say for sure if Sooraj will be part of the movie or not and the details are yet to be decided but it is up to Salman to decide on the final casting and even the director. Mukta Arts and Salman Khan Productions are going to recreate the magic of the 1983 movie that left the audience spellbound. 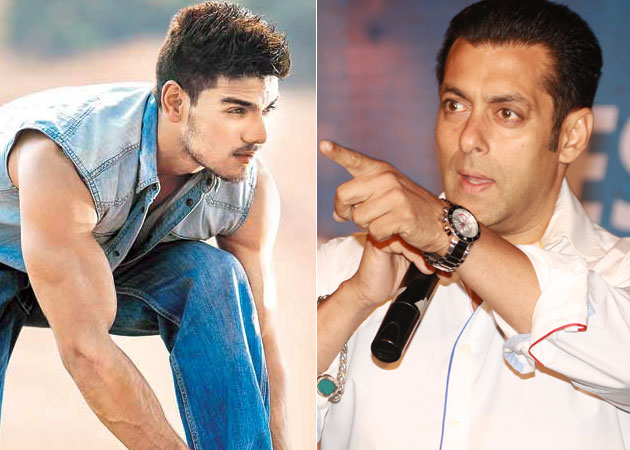 Salman Khan who is busy with brother Sohail Khan’s next movie seems in no hurry to take a decision on the casting. Sources tells he is in talks with Aditya Pancholi and there are very slim chances of him backing out in launching Sooraj. He wants to wait until he is out of jail and then decide. Aditya Pancholi is not ready to give any reactions yet and is insisting he is not the right person to comment on the casting of the remake.

“It is better if you speak with Salman or Subhash Ghai about this and whatever they say is right”, says the father of the actor.

Expressing his thoughts on the situation, Suneil Shetty, Athiya’s father, said that the movie is not affected by whatever is going on and is set to start. He also expressed that he is not worried about Sooraj and Athiya working together just because something like this has come up and that this will not affect their debut movie together. Guess we will have to find out if these two are really up for working together!