Music is a very important aspect in a movie, and this has been understood well by the makers of ‘Luv U Soniyo’. After receiving a good response for the title track, the team has launched a brand new song titled ‘Pyaar Tera.’ Sung by Sonu Nigam, the song was launched at Juhu Club Millenium in Mumbai.

Super singer Sonu Nigam, director Joe Rajan and music director Vipin Patwa were present at the song launch event. The event started with music director Joe Rajan giving some insights about music of the film and how he is honored to have Sonu Nigam sing a song in his movie. Following which, Sonu Nigam spoke about how he enjoyed being a part of this great film and totally enjoyed singing the song for newcomer Tanuj Virwani. ‘Pyaar Tera’ is a beautiful and melodious song and Sonu’s voice blends well with the music. 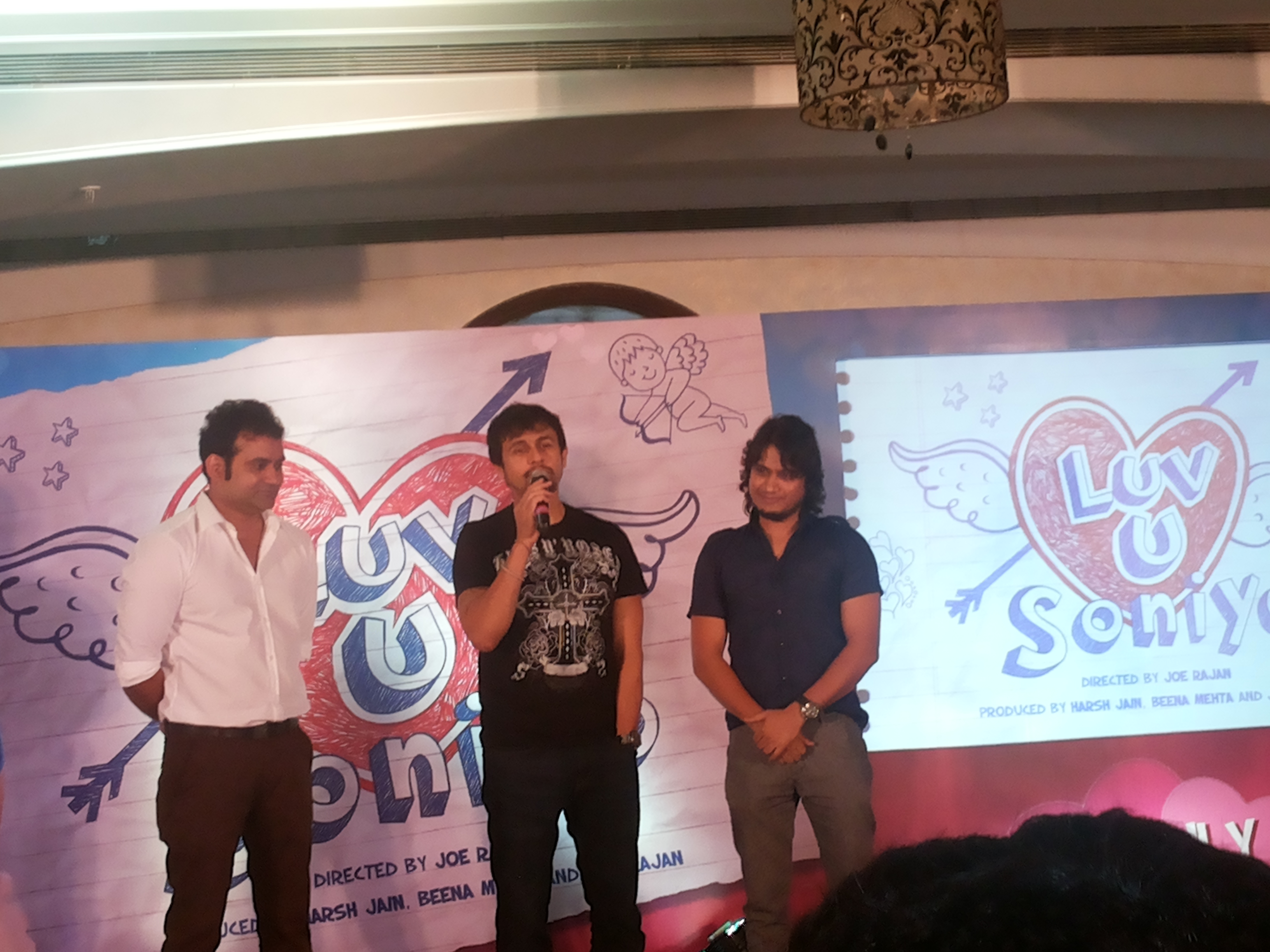 Produced by Viacom 18, ‘Luv U Soniyo’ is slated to release on 26th July! Be sure to catch it!