British born Panjabi Female Folk Artist Jazz Sahota is all set to release her forthcoming Single “2Mach” on 11th July via iTunes! Get it now!

This is the 2nd single from young versatile Bhangra Artist, Jazz Sahota after debut single “Chanjara” earlier this year. This brand new release portrays Jazz Sahota’s vocals in a different light as she has gone back to her roots and put together a compilation of Boliyan. The release is in time as the wedding season approaches, a time when traditional “Folk” songs dominate the dance floor with their familiar tongue-in-cheek lyrical content. Jazz does justice to this release as she adds her own flare and version. Jazz states,

“The studio time I spent for this single has been so rewarding, it was time to push my vocals that little bit further and show my vocal ability to my fans by going folk” 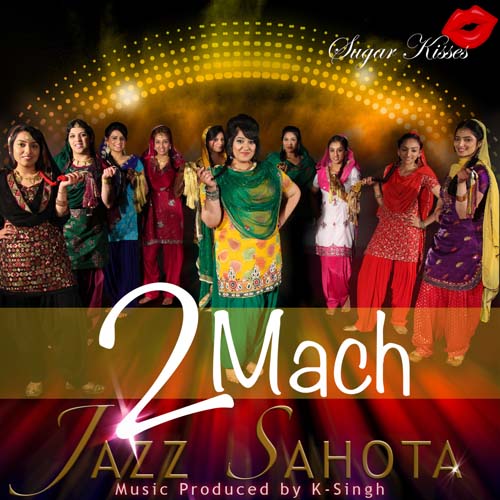 Once again well known music producer K-Singh has produced the music for the single. His percussion ability and execution of production has created a song that is not only traditional but upbeat too. The incorporation of his signature production style has been adapted well to suit Jazz Sahota vocals. “2Mach” is set to release on Thursday 11th July 2013 via Sugar-Kisses on all leading digital outlets.